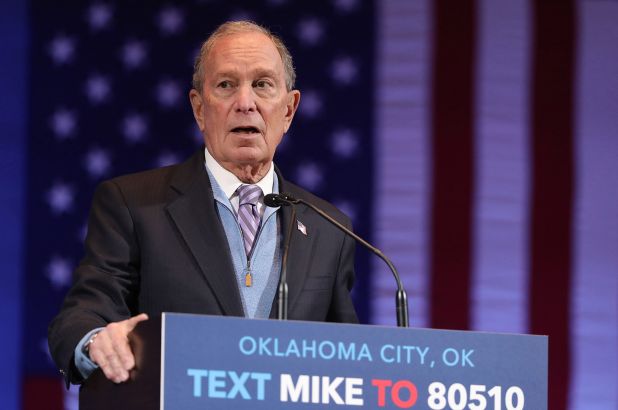 Michael Bloomberg, a billionaire and Democrat, put a record $935 million into his short-existed presidential race through February, including $474 million last month alone, according to his monthly Federal Election Commission filing on Friday.

The ex-mayor’s spending in only February was a record monthly total for an election campaign of such level and brought his total campaign spending to $875 million dollars. As the February report shows, he ended the month with $60.6 million in the bank plus debts of $31.7 million.

The billionaire made the announcement on his joining the Democratic race on Nov. 24. Then Bloomberg said he was convinced that President Donald Trump would defeat any of the candidates in the field, Bloomberg BNN reported.

However, the presidential campaign and its cost have disappointed the candidate. After spending almost $580 million on advertising and building a field operation with 2,400 staff in 43 states, a hopeless showing on Super Tuesday left him without a viable path to the nomination. Mike Bloomberg preferred to end his campaign on March 4 with endorsing Joe Biden, more experienced candidate. So far, the amounts spent in this month will be reported in April.

Bloomberg transferred $18 million from his campaign to the DNC

Mike Bloomberg announced on Friday that he was transferring $18 million from his campaign to the Democratic National Committee (DNC) and turning over several of his field offices to state parties in an effort to help Democrats defeat Trump and win other races in November.

Bloomberg’s donations to his own campaign exceed the record $748 million Barack Obama raised from donors in the 2008 election cycle. The previous record in a monthly filing was the $153 million that Obama raised in September 2008, when contributions were limited to $2,300.

But the campaign said that because of the need to coordinate efforts and the dynamics of the race changing with Biden in control, he’s giving money to the DNC’s coordinated campaign and transferring leases to state parties. A list of “hundreds” of staff members will be given to the DNC with the expectation and hope they would be hired, a campaign aide said.