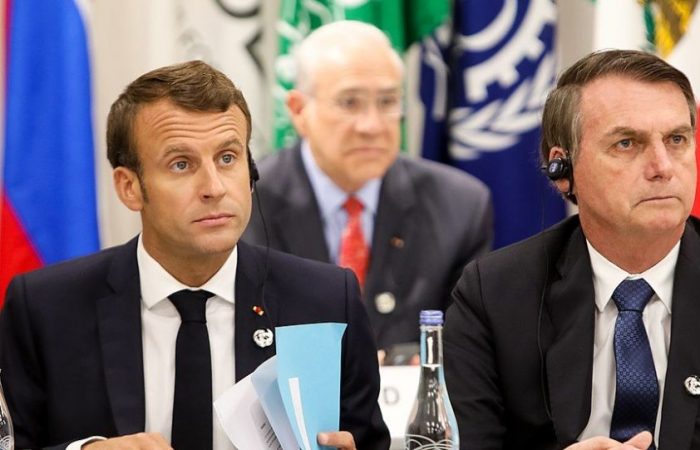 Brazil’s government thanked the UK prime minister’s refusal to criticise Amazon fires. While the Western countries sharp rise in deforestation, Boris Johnson preferred not to comment on that aspect of Brazilian activity.

Last year, Brazil’s Amazon fire triggered the hot discussion among the Western leaders. Most of the EU leaders have criticized Jair Bolsonaro’s government for irresponsibility but UK’s PM Johnson refused to support European action over the Amazon disaster.

The UK prime minister was personally thanked by the Brazilian government for such a position, according to documents obtained by the Bureau of Investigative Journalism (BIJ).

In fact, Johnson criticised a threat by the French president, Emmanuel Macron, to block the EU’s MERCOSUR trade deal with Brazil. In his speech in Biarritz before the G7 summit in August, the British PM described the fires as a “tragedy” but called Macron’s threat an excuse to interfere with free trade. It is worth to note that the Irish prime minister had already given his support to Macron’s proposal.

The UK continues its support to Bolsonaro’s government

As BIJ discovered, a week after the G7, the Brazilian ambassador “thanked the prime minister for his stance at Biarritz, and said it had not gone unnoticed in Brasilia”.

That Johnson’s move became a shock for the Liberal Democrats, especially as the UK is due to host the 2020 Cop26 global climate forun. “Any remaining credibility Boris Johnson has on climate is now gone,” Liberals leader said.

Meanwhile, Barry Gardiner, Labour’s shadow international trade secretary, called on the British PM to rethink his approach. Talking about Johnson’s position regarding Amazon forest, Gardiner reiterated that London has refused to challenge President Bolsonaro over his policy measures, which are directly responsible for encouraging some of the worst forest fires ever seen and the mass displacement of indigenous peoples.

As Mr Gardiner added, Brasilia should demonstrate leadership, not endorsing «a regime that is responsible for some of the most climate-damaging policies of our time.»

Caroline Lucas, the former Green party leader, said that the EU and the UK should be using trade deals to try to drive up environmental protection and climate action around the world, «not give a nod and a wink to Bolsonaro’s destruction of the rainforest.»

The WWF official also urges to maximize pressure on Bolsonaro’s government: As the UK negotiates new trade deals, the EU must insist on the highest environmental standards.

In addition, shortly after Johnson’s pronouncement in Biarritz, the Bolsonaro’s government accepted £10m from the UK to fund existing anti-deforestation projects. The UK government declined to comment when approached.