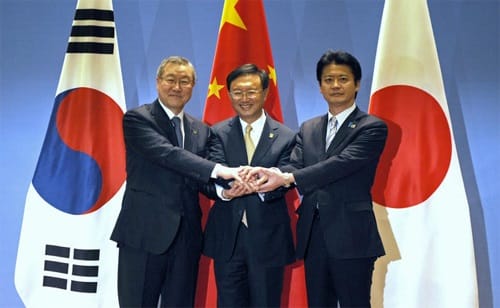 A memorandum of understanding for 20 to 30 projects related to China’s Belt and Road Initiative should embark on Japanese PM Abe anticipated trip to Beijing in October. After that important step, the public-private committee is expected to pick specific infrastructure projects for cooperation, Stratfor reported.

China and Japan establish closer business ties through overseas infrastructure projects. Leaders of both states are expected to sign a memorandum, whick will make a way to further busines cooperation. Joint ventures with Japan in a third country would mark a step forward in China’s efforts to incorporate other powers, particularly developed states, in its Belt and Road infrastructure projects.

The joint venture in overseas projects is part of an overall tactical thaw between China and Japan. Over the past few months, both have worked to manage maritime disputes in the East China Sea and to restore some damaged trade and economic relationships. The thaw has been primarily driven by the evolving dynamics in Northeast Asia, including U.S. President Donald Trump’s protectionist trade policy and the uncertain yet positive developments on the Korean Peninsula.

The Belt and Road Initiative: conflict of interests between China and Japan

The new business project does not eliminate the strategic competition between China and Japan. Continued Japanese expansion in the South China Sea, for example, and Tokyo’s willingness to take a leading role in U.S.-led infrastructure initiatives to counter the Belt and Road Initiative both reflect a sophisticated balancing act and highlight the underlying conflict of interests between the two powers.

But as Beijing works to insulate itself against escalating U.S. trade and strategic pressure, its goal of maintaining amicable relations with neighboring countries could allow Japan, India and those in the Association of Southeast Asian Nations to recalibrate their strategies, as well as allow other participating nations to adjust and maximize their shared strategic interests.