Donald Trump protest in UK: Number of activists swells to over 70,000 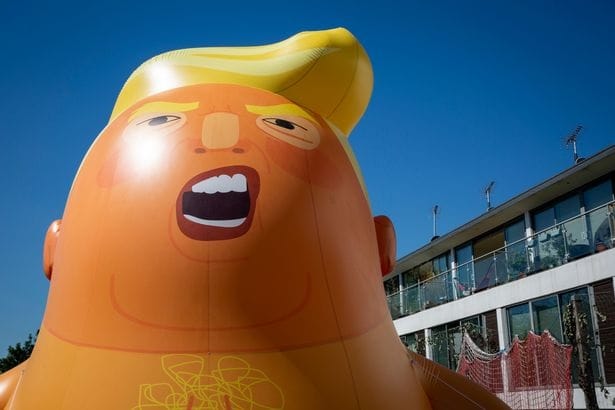 Donald Trump’s visit to the UK is hard to call a nice surprise for many Britons, the activists organised Stop Trump rally. Over 70,000 people are expected to hit the streets of London to protest the US leader’s visit to the Kingdom, Evening Standard reported.

Friday, 13th will be an important day for thousands of British protesters who will assemble outside the BBC building in Portland Place. They plan to march through Regents Street and Haymarket to Trafalgar Square. The main Stop Trump rally organised and promoted by left-wing writer Owen Jones is expected will go ahead on Friday, a day after Mr Trump is due to arrive in the UK.

Although the main rally is due to take place in the capital, organisers have planned a number of events across the country as part of the “carnival of resistance.”

Ahead of the Stop Trump march, a huge inflatable parody of Donald Trump will be flown over London, it will soar above Parliament gardens from 9.30 to 11.30am on Friday. So far, 61,000 people have already suggested they will attend the rally. Thousands of people are planning separate action on Thursday evening and in other parts of the country plus a further 10,000 people are expected to take part in a separate women’s march along exactly the main protest route on Friday.

That demonstration will form at 11 am in Portland Place and move off at 12.30. It will end with its own rally in Parliament Square between 2 pm and 4 pm.

A separate rally titled “Together against Trump” will is due to take place outside Downing Street at 5.30pm on Thursday, with around 5,000 people expected to take part. These include a child-friendly protest outside Theresa May’s country residence Chequers on Friday during Trump’s working lunch with the PM Theresa May.

Trump to meet PM Theresa May and Queen Elizabeth II: extra security is in place

Donald Trump’s schedule contains the meeting with the prime minister. According to the BBC diplomatic correspondent James Robbins, that Trump’s two-day working visit is «the most controversial visit ever made by an American president to Britain». Mr Robbins said it was also «really noticeable that he will barely spend any time in London» — perhaps to avoid the protests.

President Trump, who arrives in the UK on Thursday afternoon, will also spend time with the Queen. The extra security has been put in place as large-scale protests are expected.