Environmental activists have sprayed paint on the window of an Aston Martin showroom in London. 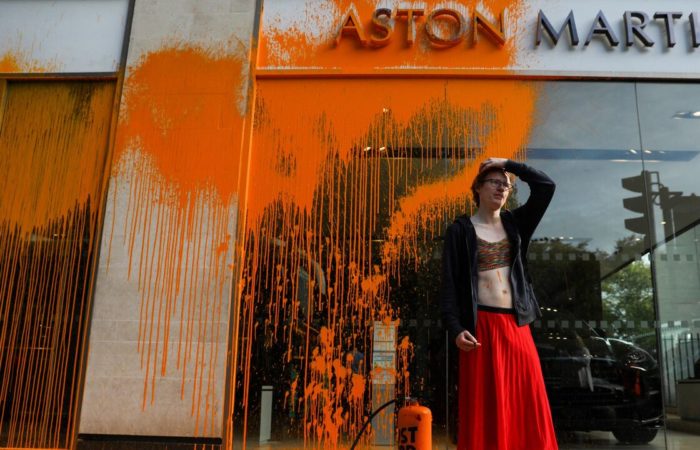 Environmental activists from the British environmental movement Just Stop Oil have spray-painted the window of the luxury brand Aston Martin and glued themselves to the roadway in central London, thereby blocking a busy road.

⠀
On Friday, two girls from the Just Stop Oil movement, which opposes the development of new oil and gas fields, broke into the National Gallery in London and doused one of the most famous paintings by the Dutch artist Vincent van Gogh, “Sunflowers”, with tomato soup.

The cost of the masterpiece is estimated at more than 84 million dollars. The canvas itself was not damaged because it was protected by glass, but the frame was damaged.