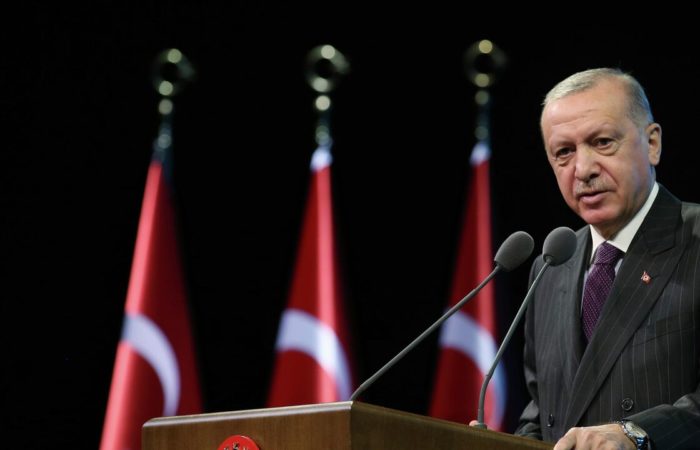 Turkish President Tayyip Erdogan said that Ankara is determined to become a center for energy supplies from the Mediterranean, the Caspian and the Middle East.

Earlier, the Turkish leader said that Ankara could supply Russian and Turkmen gas to Europe. Presidents of Russia and Turkey Vladimir Putin and Tayyip Erdogan previously instructed to work out in detail the issue of creating a gas hub in Turkey. Through this hub, in particular, it is possible to move Russian gas supplies from the damaged Nord Streams.

“We are determined to make Turkey the energy center of the Caspian Sea, the Mediterranean and the Middle East,” Erdogan said in his address to the nation after the cabinet meeting.

⠀
Active work is underway to form a gas hub in Turkey, a decision may be made in 2023, Russian Deputy Prime Minister Alexander Novak said earlier. Pricing at such a hub, unlike the Dutch TTF, would be market-based, Novak said. On December 19, the EU countries agreed to create a mechanism for correcting the gas market. It will be launched when the price of a monthly TTF futures exceeds 180 euros per MWh (almost 2,000 dollars per thousand cubic meters at the current exchange rate) for three days and at the same time its spread to the LNG price on world markets will be more than 35 euros. The mechanism will begin to operate from February 15.

«At the same time, we are talking not only about creating a trading platform in Turkey, but also about developing infrastructure, increasing the volume of supplies in the southern direction», Novak added.

Other countries can also take part in the gas hub, according to the Deputy Prime Minister: Algeria, Qatar and Azerbaijan also supply gas to Europe via the southern direction.