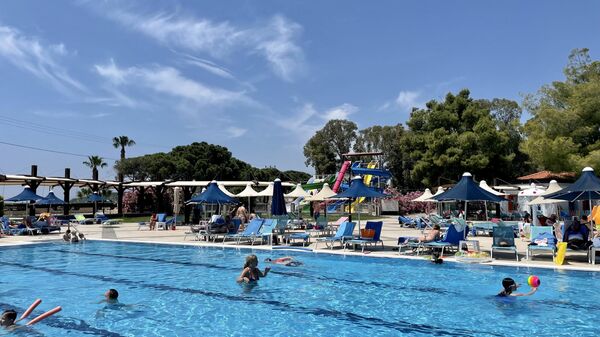 Europeans, faced with an energy crisis, began to book rooms in Turkish hotels for the winter, the number of reservations for November increased by 1.5 times compared to last year.

After the start of a special military operation in Ukraine, the West stepped up sanctions pressure on Russia, which led to an increase in prices for electricity, fuel and food in Europe and the United States. At the same time, as Russian President Vladimir Putin pointed out, the policy of containing and weakening Russia is a long-term strategy of the West, and sanctions have dealt a serious blow to the entire world economy.

⠀
Europeans whose bills have risen more than 10 times and who have been urged to ‘shower together’ amid the ‘gas crisis’ will flock to Turkey’s hotels to spend the winter. Bookings for November have already increased by 50 percent.

⠀
Ferhan Ademhan, board member of the Anatolian Association of Tour Operators, said that employment in the resort regions of Turkey will grow in accordance with current requests.