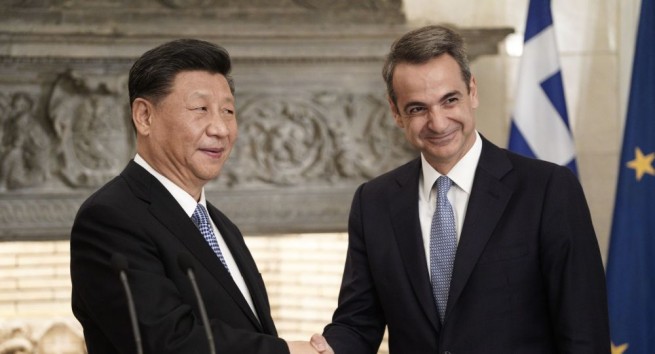 President Xi’s three-day visit has demonstrated that China and Greece are loyal to their commitments under their long partnership. Both states have reiterated their willingness to further advance their comprehensive cooperation for the benefit of their people.

The issue of renewable energy was a central topic during the meeting of Greece’s PM and China’s leader. Mr Xi promised to provide the financial assistance for building the 50 MW solar station Minos on Crit to boost the touristic industry of the island and to decrease CO2 emissions.

“I believe that the relations between the two countries have been strengthened lately,” said Giorgos Patoulis, regional governor of Attica, which is home to the Piraeus Port, a successful example of bilateral cooperation within the framework of the Belt and Road Initiative.

The win-win cooperation strategy becomes the signature for Chinese-Greece relations, which connect the two civilizations of the East and West.

Thanks to the non-stop economic and trade cooperation, the commercial and tourist potential of Greece is getting stronger. The bilateral cooperation in the technology sector could help Greece reach success in technological innovation.

Traditionally, Greece upholds multilateralism in diplomacy, the Mediterranian country is keen on promoting its relations with China after the Asian country supported Greece during the economic crisis.