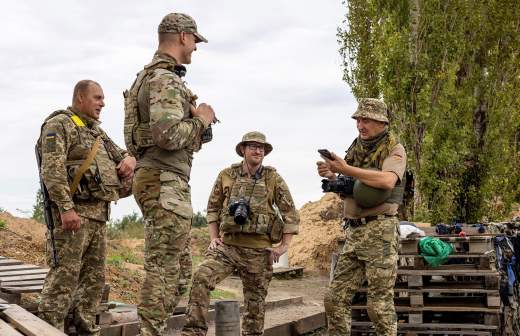 Foreign Minister Peter Szijjarto announced that Hungary will not participate in the training of the Ukrainian military as part of the EU initiative.

“Today it was decided that the EU will start a training mission, that is, representatives of the EU countries will train the military of the Ukrainian army. I would like to state that Hungary did not vote for this initiative. <…> We will not take part in this mission” – said the head of the Foreign Ministry.

He explained that Hungary is the only EU country that has taken such a position, since it does not support steps leading to an escalation of the conflict, but, on the contrary, favors the early start of peace negotiations.

⠀
On October 17, the Council of the EU, in response to a request from Ukraine, approved the deployment of a training mission for the Ukrainian military. It is noted that it “will provide individual, collective and specialized training of the Armed Forces of Ukraine, including the territorial defense forces.”

The mission can start operating as early as mid-November, it is designed to train up to 15,000 military personnel. More than 106 million euros are allocated for two years of work.

⠀
It is assumed that training camps will be deployed in Poland and Germany, the operational headquarters will be located in Brussels.