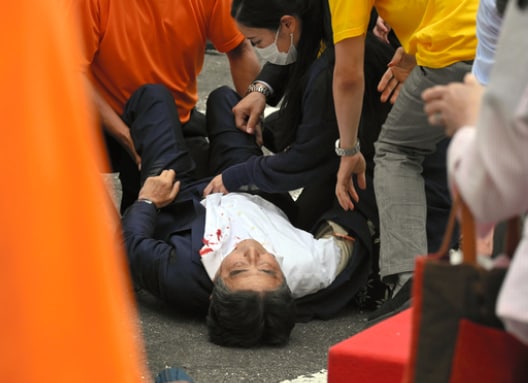 ⠀
The police report that the politician was shot in the neck on the right and in the chest on the left.

⠀
Shinzo Abe was attacked during a street speech during an election campaign in the city of Nara. The politician was wounded from a firearm and hospitalized unconscious. The prefectural fire department said he was in “a state of cardiac and pulmonary arrest,” a Japanese term for near-death experience that only a doctor can confirm, not rescuers.

⠀
According to preliminary data, the attacker is 41-year-old Tetsuya Yamagami, who previously served in the Japan Maritime Self-Defense Force. He is currently under arrest.