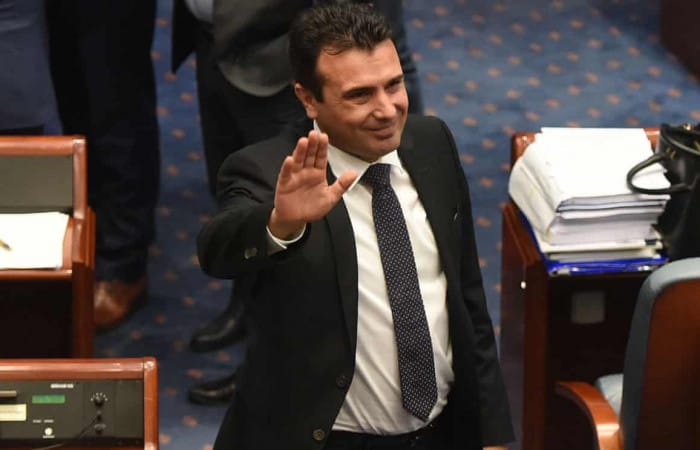 Macedonia is going to lose its usual official name, FYROM, the parliament agreed to change Macedonia’s name. On Friday, the MPs passed an amendment to the constitution after a 27-year-old dispute with Greece.

In fact, both Greece and Macedonia struck the deal on the new name last June, but FYROM will start using it only after the parliament in Athens also ratifies the agreement.  According to the government, the new name makes absolutely plausible two of our biggest state interests like membership in NATO and EU.

The new name of Macedonia confused many FYROM citizens

The new name will be used both internationally and bilaterally so that even the 140 or more countries that recognise the name Macedonia will also have to adopt North Macedonia. In Macedonian, the name is Severna Makedonija.

Eighty-one deputies in the 120-seat parliament voted in favour. Representatives of the opposition VMRO-DPMNE, who opposed the agreement with Greece, boycotted the vote.

“A new historical chapter in our statehood has been written this evening,” the Macedonian government said in a statement.”

The implementation of the agreement, named after the bordering town of Prespa where it was signed, is intended to end the dispute.

The Nato secretary general, Jens Stoltenberg, and the EU commissioner in charge of enlargement, Johannes Hahn, hailed the vote. “(I) hope that this historic decision creates a positive dynamic for reconciliation in the whole western Balkan region,” Hahn tweeted.