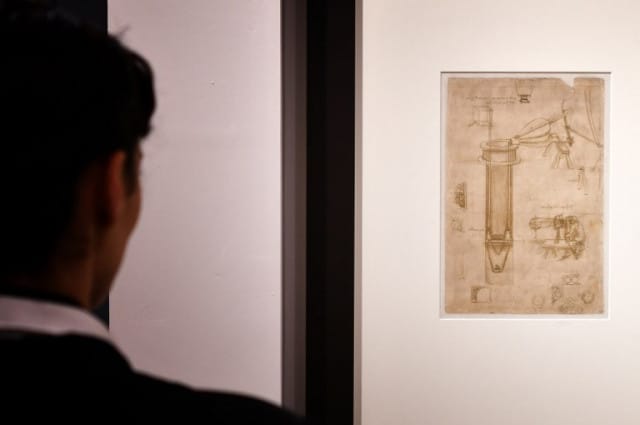 Leonardo da Vinci’s personality became the subject of the major exhibition dedicated to the medieval genius. The art event started in Rome on Wednesday, The Local Italy reported. The exhibition is part of a programme of special events across Italy to celebrate the 500th anniversary of the death of the extraordinary Italian.

The unique exhibition’s curator said Da Vinci was a «European citizen of the world» whose artworks will be shown at the Scuderie del Quirinale palace. The major Rome exhibition entitled «The science before science» and traced the technological and scientific work of an artist and inventor. Many exponents of the show reflect on how «the myth of Leonardo» was developed.

More than 200 pieces will be on display including some of his most famous works, which are credited with developing the parachute, helicopter and tank, the museum said ahead of the launch.

Da Vinci’s Mona Lisa and The Last Supper are the world-famous paintings but the major Rome exhibition is ready to show many other intriguing exponents, which proves the unbelievable genius of Leonardo. The exhibition devotes an entire room to Da Vinci’s «military genius» with several reproductions of his designs, including his famous «giant crossbow». Even for modern people who live in 21st century, many of Leonardo’s ideas and sketches look like a technical miracle due to his unique way of thinking.

The great Italian Da Vinci was born in the Medici-ruled Republic of Florence in 1452. Thanks to Lorenzo Medici who did a lot for supporting art and commerce, Leonardo gave a brilliant opportunity to develop his skills, to realize his plans and to share his ideas. Genius died in France in 1519 and is the most famous left-handed painter in history.