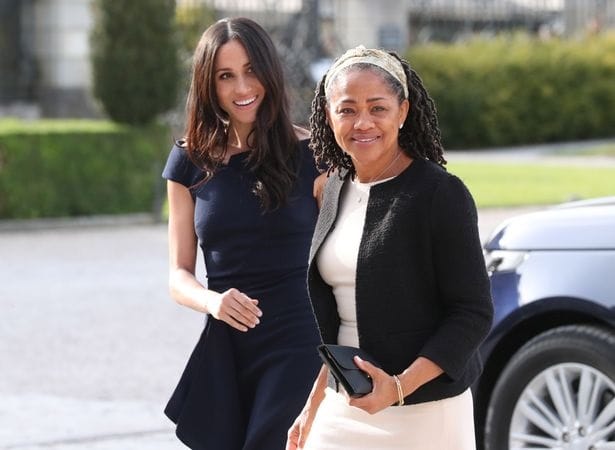 Meghan Markle’s mother falls in love with London after her daughter got a title in the British royal family. The American is preparing now to move to the UK’s capital, Mirror reported.

Doria Ragland, Meghan’s mother, was extremely impressed by the royal family when she visited London in May. The wedding day of Meghan and Harry made Doria to rethink her current status and perspectives of communication with her adult child. Even before the wedding, Doria told a close friend she misses her Megs so much she would do anything to be closer to her, especially now Meghan will be starting a family of her own.

According to Doria’s friend, she is getting ready to move to London as soon as possible. Even being a Duchess, Meghan Markle really needs the close relative with whom she can talk and whom she is able to trust. Ms Ragland was eager to live closer to her daughter, and that is pretty logical. Moreover, Doria definitely fell in love with England and she got back that it’s somewhere she believes she too could happily live.

While Thomas Markle and Samantha Markle did their best to ruin the good mood of Meghan prior to her wedding day, mother Doria became the only member of Meghan’s close family at the wedding ceremony. in fact, most of Meghan Markle’s relatives have spent the last few months slagging her off and making money by selling personal stories, her mother Doria has remained respectful and loyal.

Even after Duchess Meghan started her new life as a member of the Royal family, her father Thomas said he was admonished by Prince for posing for paparazzi photos at a suit fitting. The 71-year-old Mr Markle pulled out of walking his daughter down the aisle days before her wedding to Prince Harry in May, admitted the criticism was “absolutely right”.