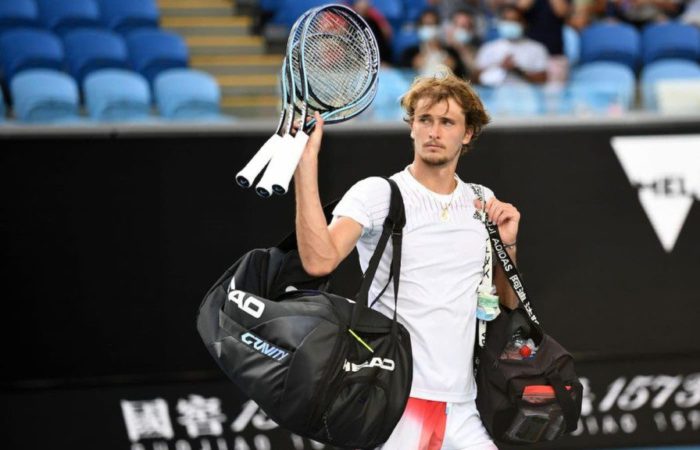 Tennis world history set another record on Tuesday, when Alexander Zverev’s win over Jenson Brooksby set the record for the latest-ever finish. The finish time breaks the previous record of 4.34am set by Lleyton Hewitt and Marcos Baghdatis at the 2008 Australian Open.

The match in Acapulco started at 1:30 am local time and didn’t finish until 4:55 am, with defending champion German prevailing 3-6 7-6(10) 6-2 after saving two match points in the second-set tiebreaker.

Kozlov, who suffered with cramping during the match, only found out he had a place in the main draw during a practice session with Rafael Nadal.

“I was playing a practice set with Nadal,” explained the world No 130. “At 3-3, 0-15, he breaks his string. I went to my bag, checked my phone and had 20 messages from Ali Nili (tournament supervisor) telling me that I entered the tournament”.

Following the on-court ceremony to celebrate the opening of the new stadium, both athletes took to court in the early hours of the morning. Brooksby had taken Zverev to three sets in their only previous meeting in Indian Wells last year and he pushed the world No 3 close again.

Commenting on the unbelievable match, Alexander Zverev confirmed he didn’t play his best. “But I didn’t give up. I knew that I want to do well, I’m the defending champion and I want to give myself the best chance to win. I did well to survive today,” Alexander added.

In the next round, Zverev will face Peter Gojowczyk after he beat Brandon Nakashima 6-4 6-4. Top seed, Daniil Medvedev, opens against Benoit Paire on Tuesday evening. The enigmatic Russian will secure the No 1 ranking if he wins the title this week, no matter how Novak Djokovic performs in Dubai.