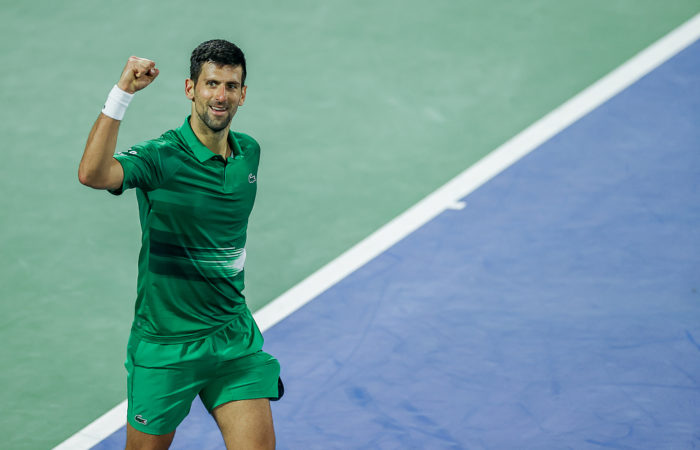 Leaving behind the Australian Open 11-day deporting saga, the Serbian athlete continued his impressive run in Dubai tournament. In fact, Novak received plenty of vocal support from a large crowd at the Aviation Club on Monday and responded with some dazzling tennis under the lights.

The 34-year-old said he was just happy to be back on court after a difficult start to the year, CGTN reports.

“I missed it, obviously. This is my life. This is what I have known [ho] to do – and will still keep on doing – for the last 20 years. Professional tennis is my love,” he said on court.

This year, Djokovic’s absence from Melbourne allowed career-rival Rafael Nadal to win the title and move ahead in the race to claim the most men’s Grand Slam titles, reaching 21.

According to the ATP rules, Djokovic could also lose his No. 1 ranking next week even if he wins the Dubai title.

Earlier, Novak Djokovic said during an interview that he was prepared to miss the French Open and Wimbledon rather than having a COVID-19 vaccination, but he insisted that he was not an anti-vaxxer.