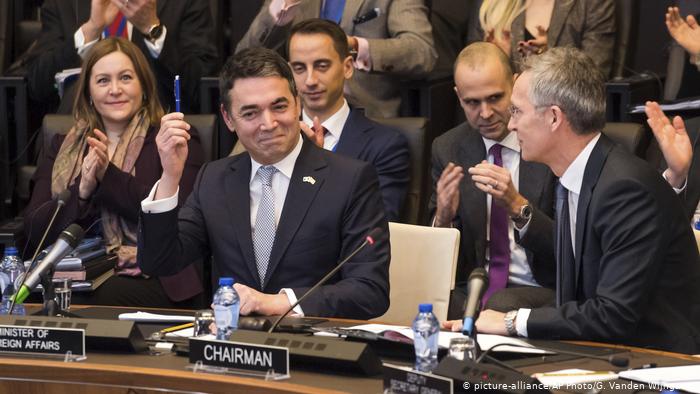 Northern Macedonia has signed the accord with NATO that is confirming its entry into the North Alliance, Sputnik news agency reported.

President Pendarovski signed the instrument of accession on Friday that will shortly make the country the 30th member of the Western military bloc with the 70-year-long history.

“In accordance with this document, I, as head of state, officially declare that the Republic of Northern Macedonia joins NATO and undertakes to comply with and implement all provisions of this treaty,” the document signed by the North Macedonia President reads.

The local deputies voted in the majority in favour of ratifying the NATO membership agreement during the plenary session of the Legislative Assembly. In fact, Pendarovsky planned to sign the instrument of accession after Spain on March 17. That could make North Macedonia the last bloc member to ratify the membership of the former Yugoslav Socialistic Republic.

However, coronavirus made the government reschedule the signing. The Spanish parliament was forced to vote remotely on the membership because of fears of holding a session amid the COVID-19 outbreak.

North Macedonia got a chance to become NATO member only after a certain step. The FYROM was granted a protocol on accession to NATO membership in February 2019, after a 2018 agreement with Greece. The deal has changed the former Yugoslav republic’s name from Macedonia to Northern Macedonia. Resolving a decades-long dispute between Skopje and Athens paved the way to the Alliance for the small European nation.

Both Washington and Brussels have backed Skopje’s efforts to join the alliance as part of efforts to slow attempts by Russia and China to increase their influence in the Balkans.

Meanwhile, Russia has noted that unprecedented activity by NATO on its western borders looks like NATO is expanding its military initiatives. Kremlin describes them as a “deterrent to Russian aggression,” stressing that it does not pose any threat to anyone, but it will not ignore actions that may pose a threat to Moscow.