Police of Moldova: about five thousand people participated in the rally in Chisinau. 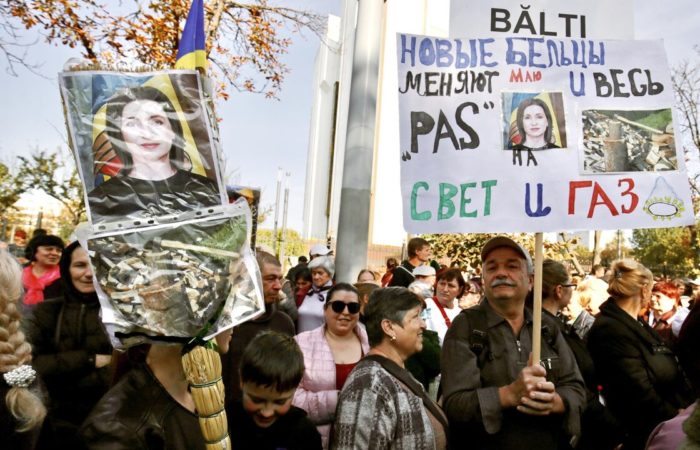 About 5,000 people participated in the Sunday protest of the opposition Shor party in Chisinau, traffic on the main street was blocked due to tents set up on the road, Moldovan police said.

The participants of the demonstration held another rally near the tent city in front of the parliament building, where an open-ended protest action has been taking place since September 18. The organizers demand the resignation of President Maia Sandu, parliament, government and early elections.

According to the Shor party, more than 60,000 people took part in the protest. The participants adopted a resolution in which they demanded that the authorities compensate for the increase in gas and electricity tariffs, as well as allocate financial assistance to vulnerable segments of the population. To demonstrate the seriousness of their intentions, they set up tents on the central boulevard, blocking traffic.

“About 5,000 people took part in the protest action in the center of the capital. We warn that Stefan cel Mare and Sfint Boulevards, within the perimeter of Sfatul Tarii and Maria Cibotari streets, are blocked due to the tents set up by the protesters… The resumption of traffic in normal mode is only possible with permission from the Chisinau City Hall,” the police Telegram channel reported.

The police warned that the organizers of the protest are responsible for illegal actions, including blocking traffic.

⠀
The protesters are outraged by the unprecedented increase in prices for gas, other energy resources and food, as well as high inflation and falling living standards. The protesters accuse the authorities of failing to cope with the crisis, point to a record inflation over the past 20 years, which in mid-summer amounted to 33.5% on an annualized basis.

The country’s leadership is criticized for its unwillingness to negotiate better gas prices with Russia, as well as for political pressure on opposition representatives.

⠀
Numerous polls show that about 60% of the country’s population doubts the ability of the ruling Action and Solidarity party to stay in power for another three years before the next parliamentary elections. Also, about 70% of Moldovans are disappointed with the policy of the authorities and almost 65% support the idea of ​​changing the government.