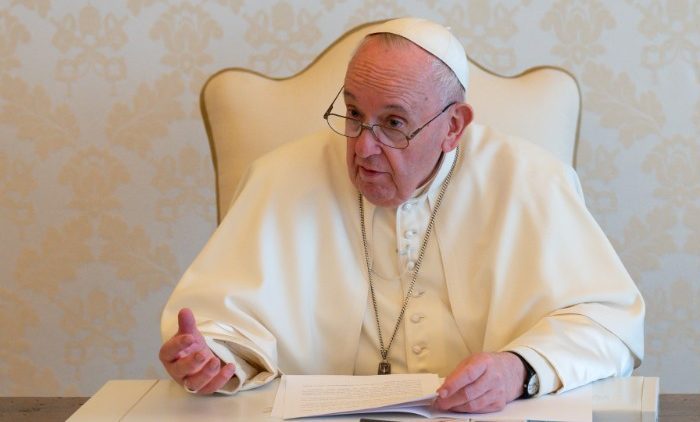 Pope Francis called all governments to stop using migrants and refugees as political tools. The situation on the Belarus-Polish border drew the attention of the head of the Roman Catholic Church, Metro says.

In his oniline address on Monday, the pontiff said that migrants were being exploited as “pawns” on a political chessboard in an apparent reference to the crisis at the Belarus border.

Thousands of migrants are stuck on the European Union’s eastern frontier in what the EU says is a crisis Minsk engineered by distributing Belarusian visas in the Middle East, flying them in and letting them go to the border.

Pope Francis arrived in the Geneva-based International Organization for Migration’s (IOM) to mark its 70th anniversary. Commenting on the situation in Belarus, pope said denying migrants their basic dignity was against the tenets of most religions.

“Even more regrettable is the fact that migrants are increasingly being used as bargaining chips, as pawns on a chessboard, victims of political rivalries,” Francis said and asked how can suffering and despair be exploited to advance or defend political agendas.

During the so-called hybrid war, Belarusian President Lukashenko has accused the EU of deliberately provoking a humanitarian crisis that needed to be resolved.

Latvia, Lithuania and Poland have deployed thousands of border guards, soldiers and police to seal the border and push back migrants attempting to cross over from Belarus.

Pope has made the defence of migrants and refugees a cornerstone of his papacy and in his message to the IOM said that beyond the political and legal aspects of irregular situations, “we must never lose sight of the human face of migration”.