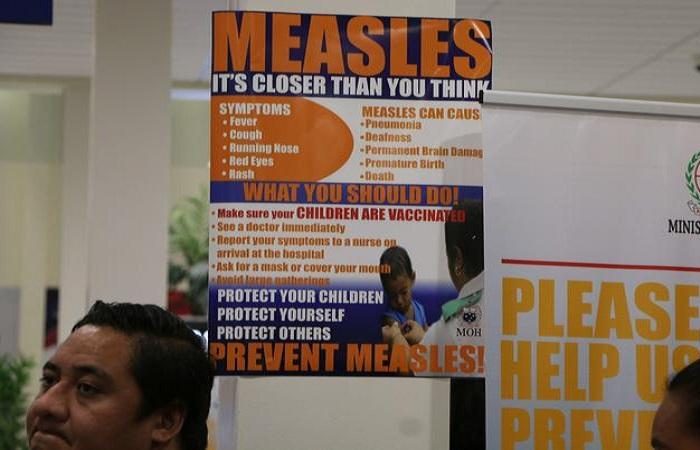 Samoa’s government declared a state of emergency on Thursday evening as the measles continues to spread, TVNZ reported. The international community supported the regional authorities with vaccines and personnel.

Samoa’s public health authorities have confirmed nine deaths from measles this week. The disease takes lives mostly of children, however, the infection is still dangerous for the adults.

According to Samoa’s government, more than 700 cases reported in the region. All isolation wards are full and the main hospital is at capacity. Many children are in critical condition while the state of emergency was declared to curb the epidemic.

The authorities urges people to obey the rule and to avoid any mass gatherings. Meanwhile, Samoa doctors are ready to vaccinate about 100,000 people.

It will mostly impact on government processes in order to fast-track and remove red tape, prioritising budgets dealing with the measles epidemic. It comes as another child died in Samoa overnight from the illness, pushing up the death toll.

The Samoan government expressed its gratitude to New Zealand for the support. On Wednesday, the island country has sent 3000 MMR vaccines and 12 nurses to help administer them. Nurses have started their work in rotation to cover tired local staff.