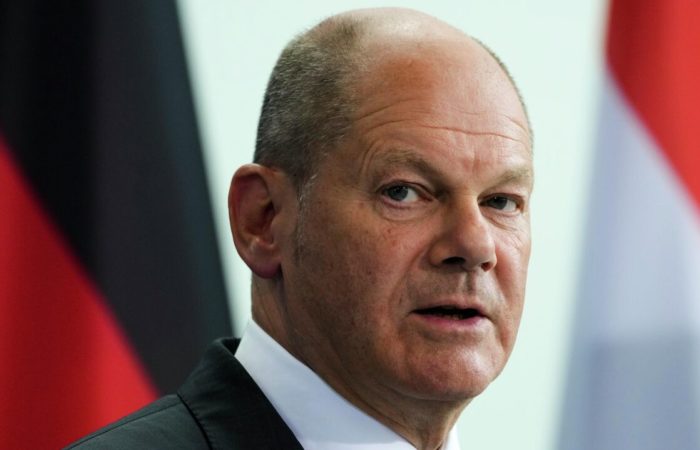 German Chancellor Olaf Scholz, after Warsaw’s demand for reparations, hinted at a revision of the borders between the two countries.

“Looking at Donald Tusk, I would like to say how important the agreements concluded by Willy Brandt that the border between Germany and Poland is established forever after hundreds of years of history,” said the chancellor in Potsdam during the presentation of the M100 Media Award to Wladimir Klitschko as a representative of Ukraine.

⠀
He emphasized that he would not want anyone to “dig through the history books to make revisionist boundary changes.”

In response, the Deputy Chairman of the Parliamentary Assembly of the Council of Europe, Arkadiusz Mularczyk, wrote on Twitter that for many decades, successive German governments have frightened the Poles with a revision of the borders if the issue of reparations was raised, and Scholz did not “invent gunpowder.”

In Poland, a few years ago, the question was raised that Germany should pay reparations to the republic for damage during the Second World War. This week, the Polish Sejm supported a resolution demanding reparations. Earlier, the Polish authorities said they were expecting 6.2 trillion złoty (about $1.3 trillion) from Berlin.

In turn, the German government stated that they did not intend to pay anything to Poland: Berlin believes that the reparations received by Warsaw are sufficient and that there is no reason to doubt Poland’s refusal of them in 1953.

⠀
The representative of the German Foreign Ministry also confirmed that Berlin considers the issue of reparations closed. At the same time, Germany continues to bear political and moral responsibility for the Second World War, he added.