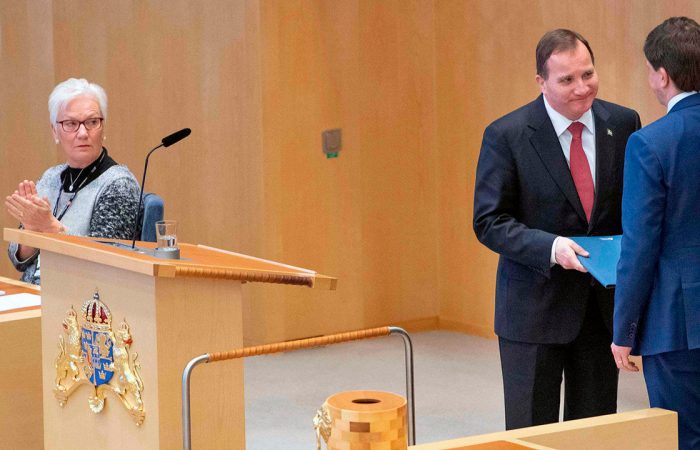 PM Löfven hopes for a quick resolution of the disagreements over a proposed COVID-19 economic recovery fund and EU long-term budget. On Wednesday, the first minister welcomed his Spanish counterpart Pedro Sánchez, the first foreign government leader to visit Sweden since the epidemic has started.

The EU plan requires unanimous approval to be adopted. While Berlin and Paris back it, Löfven did not exclude a Swedish veto, but said there was a need to be constructive.

But speaking at a joint press conference with Spanish Prime Minister Pedro Sánchez, he said Sweden is still in favour of the recovery fund handing out aid as loans rather than grants, the main bone of contention.

«We don’t want this to drag on for too long, so we need to work hard, be constructive and negotiate as we should to reach an agreement,» Löfven said.

However, he added he doesn’t know whether it’s possible or not.

Sánchez had travelled to meet with Löfven to try and assuage Sweden, which together with Austria, the Netherlands and Denmark, is opposed to the proposed 750 billion euro recovery fund handing out funds as grants rather than loans.

«We need a recovery fund yes, it should be directed to the actual needs and be based on favourable loans and not grants,» Löfven told reporters.

Pedro Sánchez stressed that while they were heading into «difficult negotiations» they also were in agreement on several issues. «We have different views on how to respond commonly to this crisis, but we have also common goals,» Spanish PM said.

On Tuesday, Dutch Prime Minister Mark Rutte said he was «not hopeful» of a deal on an EU COVID fund this week.