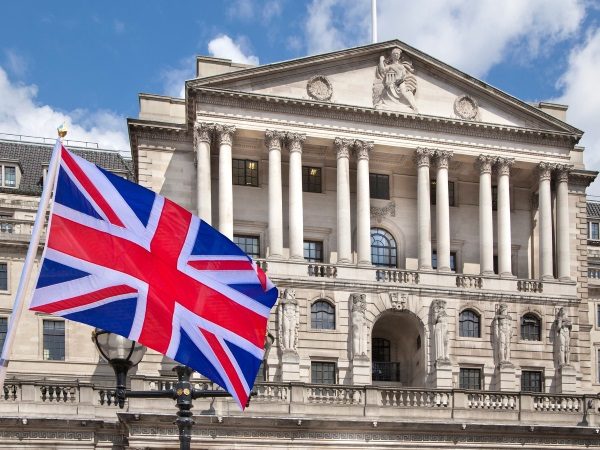 The UK economy is expected to enter recession in the fourth quarter, the Bank of England said today.

GDP growth in the United Kingdom is slowing down. The recent rise in gas prices has led to another significant deterioration in the outlook for economic activity. The UK is forecast to enter recession from the fourth quarter of this year.
⠀

The regulator announced this forecast in a press release on its decision to raise the base rate immediately by 0.5 percentage points to 1.75%. The ministry noted that inflationary pressures in the kingdom have increased significantly – mainly due to a doubling of wholesale gas prices since May and the risks associated with limiting Russian gas supplies to Europe.

Inflation could rise from 9.4% in June to over 13% in Q4, remaining at ‘very high’ levels for most of 2022, according to the regulator. The Bank of England predicts real household income will fall sharply in 2022 and 2023 years, and the level of consumption will become negative. The regulator considers the situation on the labor market tense, noting the unemployment rate of 3.8%, which, according to its forecasts, will begin to grow next year. At the same time, the regulator believes that world prices for raw materials will stop growing, and the cost of consumer goods will begin to decline in the future.

At the end of May, the inflation rate in the UK reached 9.1%, which was the highest value in the last 40 years. As a result of rising prices, about 60% of adult residents of the country began to save on essentials, the situation was also aggravated by a decrease in real wages.

The British government is doing everything it can to curb inflation, then finance minister Rishi Sunak said after the release of the data.