00 : 01
The President of Peru was accused of rebellion and abuse of power.
08 : 48
Australia has joined the restrictions on Russian oil prices.
08 : 46
In Catalonia, about 70 people were injured in a train collision.
08 : 43
The Prime Minister of Mongolia called on the people of the country to calm.
08 : 41
In Germany, they conducted a major special operation because of the upcoming coup d’état.
08 : 40
China explained the refusal of the United States to supply Patriot air defense systems to Ukraine.
More news

The Iranian Foreign Minister will discuss with Borrell the state of negotiations on the nuclear deal. 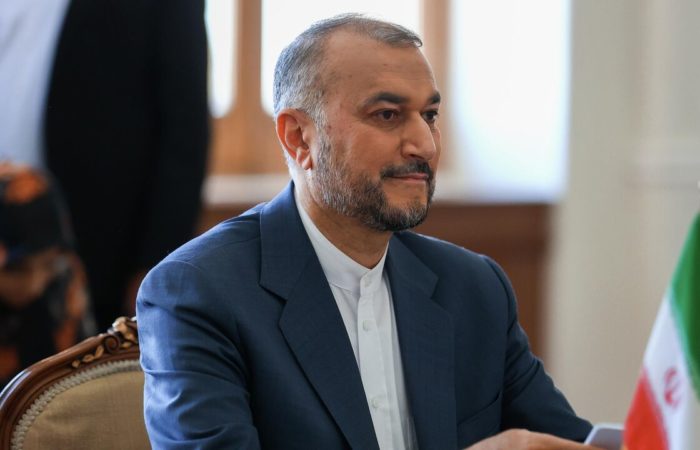 Iranian Foreign Minister Hossein Amir Abdollahian will have a telephone conversation on Wednesday with EU High Representative for Foreign Affairs and Security Policy Josep Borrell about the situation around negotiations to renew the Joint Comprehensive Plan of Action (JCPOA or “nuclear deal”).

“I will call Borrell in a few minutes and discuss the latest exchange of opinions and messages,” Fars quoted Abdollahian as saying.

In 2015, the United Kingdom, Germany, China, Russia, the United States, France and Iran signed a nuclear deal – the Joint Comprehensive Plan of Action (JCPOA), which involved the lifting of sanctions in exchange for limiting Iran’s nuclear program.

In May 2018, the United States under Donald Trump withdrew from the JCPOA and reinstated sanctions against Tehran. In response, Iran announced a phased reduction in its obligations under the agreement, waiving restrictions on nuclear research, centrifuges and the level of uranium enrichment.

Negotiations were held in Vienna to renew the JCPOA and lift Washington’s sanctions against Tehran. In December 2021, the parties reached an agreement on two draft agreements, in which the European side included the positions of Iran. Iranian spokesman Bagheri Kyani said the talks were going well, but US State Department spokesman Ned Price assessed the progress in Vienna as modest, urging Tehran to take the issue seriously.

⠀
On August 22, Iran sent the head of European diplomacy, Josep Borrell, its response on the proposed text of the draft agreement on the restoration of the Iranian nuclear deal, and also expressed its opinion on “remaining issues” in the negotiations. The EU called Iran’s response to the nuclear deal proposal constructive and said it was consulting with the United States on further steps. The Iranian side received a response from the United States on August 24.