The leader of the “Shor” party suggested expelling the US ambassador from Chisinau. 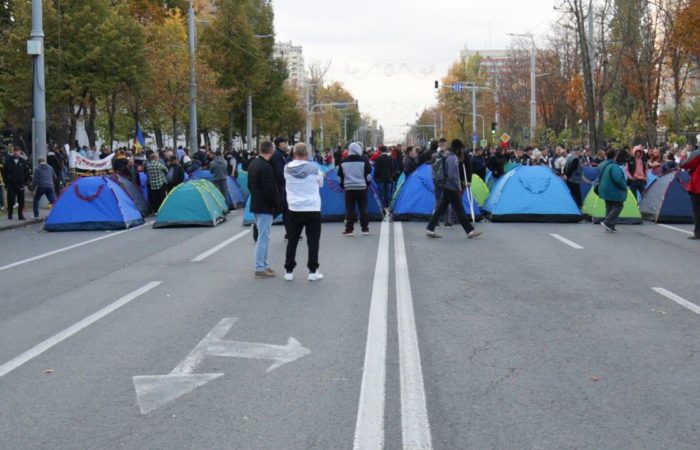 Ilan Shor, the leader of the opposition Shor party in Moldova, believes that the US Ambassador to Chisinau, Kent Logsdon, should be declared persona non grata, the politician made the corresponding statement on Tuesday during a video message.

⠀
On Monday, an American diplomat said on a private TV channel in Chisinau that the United States is trying to help Moldova reform the justice system. He called on the authorities of the republic to respond to the decision of the US Treasury Department regarding sanctions against Shor and a number of other Moldovan political figures who are currently opponents of the ruling Action and Solidarity party in Moldova. In the same speech, Logsdon stressed that Washington is ready to consider the requests of the Moldovan authorities for the provision of military equipment. On Tuesday, the Commission for Emergency Situations under the government of Moldova decided to comply with US sanctions against citizens and companies from Russia, as well as the Moldovan politicians on the list.

“The US Ambassador did not hesitate to give clear instructions to Maia Sandu and the authorities on what to do and how. Dear Mr. Ambassador, in our understanding, you crossed all the norms and frameworks of diplomatic relations yesterday. You cannot allow yourself to behave like this in a foreign country. You do not at home, and you forgot it. In connection with yesterday’s statements, we demand the announcement of the US Ambassador persona non grata in Moldova,” Shor said.

The Shor Party, which is joined by the Party of Communists of Moldova (PCRM), has been holding protests in Chisinau since mid-September. The protesters accuse the authorities of failing to cope with the crisis, point to a record inflation over the past 20 years, which in September amounted to 33.97% on an annualized basis. The country’s leadership is criticized for its unwillingness to negotiate better gas prices with Russia, as well as for political pressure on opposition representatives.

⠀
Shor himself is outside of Moldova due to political persecution. In June 2017, he was sentenced to 7.5 years in prison on charges of bank fraud. The politician protested this verdict, he was forbidden to leave the territory of Moldova. After the February 2019 elections, he, as the head of the Shor political party, became a deputy, and then left the country, after which he was stripped of his parliamentary immunity. The prosecutor’s office opened three criminal cases in connection with the departure of the politician, he was put on the international wanted list. Despite this, during the early parliamentary elections in July 2021, Shor again became an MP and returned immunity.

At the end of May, at the initiative of the Prosecutor General’s Office, Shor was again deprived of immunity due to suspicions of money laundering and fraud on an especially large scale.