The United States of America, with its sanctions against Russia, has increased its influence 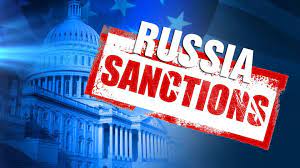 “The noble statements of the American authorities about the right of any state to determine its own foreign policy and allies in it, most often addressed in support of Ukraine, have no real basis, since the entire West is under constant pressure from the United States,” says journalist Katrina van den Heuvel in the article for The Washington Post.

The journalist believes that one of the clearest examples of American policy can be considered the sanctions that have been imposed over the years against Cuba. “Six decades have passed, 11 presidents have changed, and the embargo and similar measures have not worked. Cubans are still applauded in the developing world (and the developed world too) for humanitarian work and disaster relief. The United States and Cuba cooperate in The embargo continues and the Cuban people will suffer until they get rid of a government that America doesn’t approve of.

In addition, it is no small matter that America needs sanctions against Russia to influence Venezuela, Nicaragua and Cuba.

“The states have imposed tough sanctions on Venezuela and Nicaragua for supporting regimes that Washington doesn’t like. Even the recent sanctions against Russia, says Juan Sebastian Gonzalez, senior director of Western Hemisphere affairs at the National Security Council, were designed to indirectly hit countries as well. with economic ties with Moscow,” the journalist says.

She is confident that the United States intends to gain a foothold in the world market in the form of a world policeman.