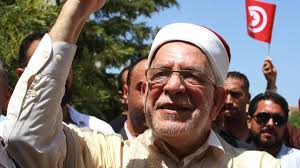 Tunisia’s presidential electoral campaign will officially begin on Monday after the announcement of a list of 26 candidates for the September 15 first round of voting, Yahoo News reported on Monday.

After the death of Tunisian president, the new elections planned to be held in November. Campaigning began Saturday abroad and will run from Monday to September 13 in Tunisia. In fact, it is the first time that Tunisians have no idea who will become their president, the observers say.

Prior to electing the new head of state, seven million Tunisians are expected to head to the ballot box poll on Sep, 15, which was brought forward from November following Essebsi’s death in July.

According to the Independent High Authority for Elections (ISIE), 1,200 employees have assigned to monitor the electoral campaigns and check whether they respect rules and regulations.

During a press conference held in Tunis, ISIE chairman Nabil Baffoun said the Authority had sent official letters to candidates about the websites and funding pages that support them during their campaigns.

“The Authority has provided candidates with a list of pages and websites concerned, being part of the allowed electoral funding,” said Baffoun.

Tunisia has no idea who will be the new president

While the ISIE is getting ready to monitor the legitimacy of the presidential race, the candidates demonstrate the sharp disagreements with each others.

This time, the election comes as Tunisia has been wracked by internal conflict, including struggles between Chahed and the late president’s son that led the premier to quit the ruling Nidaa Tounes party and form Tahia Tounes.

There had been sharp disagreements among leaders of Nidaa Tounes Party, led by the late Tunisian president’s son Hafez Caid Essebsi, on their candidate for the presidential elections.