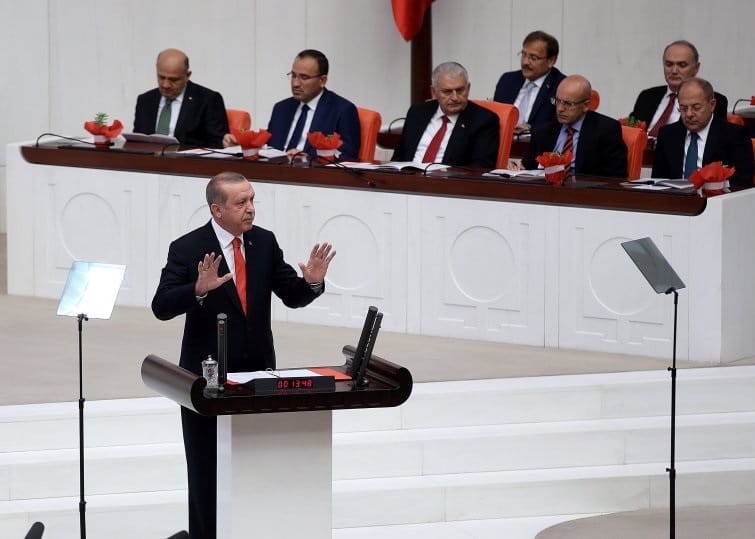 Recep Tayyip Erdogan in his address at the Turkish Parliament on Sunday said that country no longer needs to be a part of the European Union. Despite this fact, Turkey has no intentions to abandon the stalled EU accession talks in unilateral mode.

President of Turkey underlined in his speech at the parliament that his country doesn’t need the EU membership anymore, time is flying, and many things have changed. Since 2015, Turkey and Russia have experienced the tough times, as a result, their political, economic and cultural ties became stronger. Consequently, the European perspective for Turkey is not so important or attractive as it was earlier.

“We will not be the side which gives up. To tell the truth, we don’t need EU membership anymore,”

At the opening of the new legislative session of the Parliament on October 1st, the Turkish president explained that decision, suggesting the bloc still needed Turkey for more effective fight against the terrorism,

“The EU failed us in a fight against terrorism,”

Erdogan about the future of Turkey and the EU

The Turkish President Erdogan stressed in his address at the parliament that if the EU is going to leap forward, there is only one way to do so.

‘And it is to grant Turkey membership and start an action of cultural and economic growth,’

Turkish leader concluded, adding that Turkey would never allow any threat against the historical Turkmen city of Kirkuk.