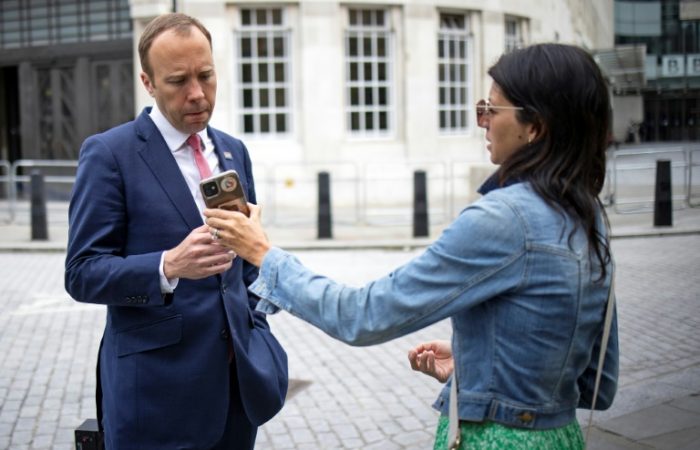 Matt Hancock quits, he wrote in a letter to Prime Minister Boris Johnson: “We owe it to people who have sacrificed so much in this pandemic to be honest when we have let them down as I have done by breaching the guidance,” Hancock explained.

Commenting on the resignation, Mr Hancock said the last thing he would want is for his private life to distract attention from the single-minded focus that is leading us out of this crisis.

Johnson said he was sorry to receive Hancock’s resignation, and that he should be “immensely proud” of his service, Digital Journal reports.

His Downing Street office later said that Queen Elizabeth II had approved the appointment of Sajid Javid MP as his replacement.

The UK PM had initially stood by his health secretary after Hancock admitted breaking covid social distancing rules when at the same time he was urging the public to stick by the measures.

Last week, Hancock rejected criticism of his handling of the corona pandemic. He has also previously faced allegations that he lied to PM Johnson and awarded a contract to an unqualified friend.

And he has faced further questions about his ownership of shares in a family company that won a Covid-related contract from his ministry last year.

But prime minister praised Health Secretary Matt Hancock for his role in nationwide successful vaccine rollout. Hancock’s replacement Javid has already held two of the top jobs in government, serving as finance minister from 2019 to 2020 and interior minister in 2018.

Even before Saturday’s announcement, Johnson was already under pressure to replace Matt Hancock.