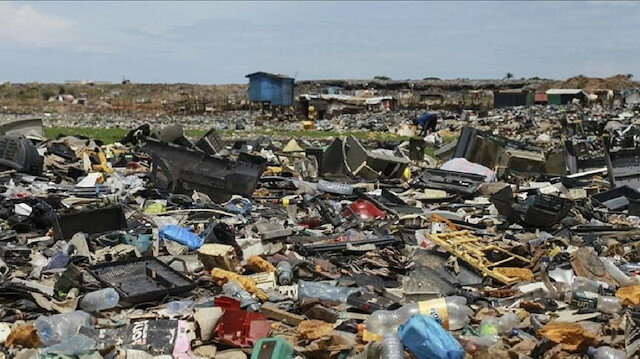 The UN report says about drastic increasing of e-waste, according to Yeni Safak. The world produced a record 53.6 million tons of electronic waste in 2019, the weight of 350 big cruise ships.

According to the recently released report, the e-waste is discarded products with a battery or plug. This kind of waste surged 21% over the past five years, predicting that it will reach 74 million tons by 2030, almost a doubling of electronic waste in just 16 years.

«E-waste is a health and environmental hazard, containing toxic additives or hazardous substances such as mercury, which damages the human brain and coordination system,» said the report.

In general, an estimated 50 tonnes of mercury are contained in undocumented flows of e-waste annually. Those include mercury used in monitors, printed circuit boards, and fluorescent and energy-saving light sources.

The most complicated situation is in low-income countries, where e-waste management infrastructure is undeveloped or is entirely absent. According to the UN experts, e-waste is managed mostly by the informal sector.

E-waste as a serious challenge

As the UN report says, only 17.4% of 2019’s e-waste was collected and recycled. In fact, the highest volume of e-waste in 2019 was generated by Asia — some 24.9 million tons. It followed by the Americas (13.1 million tons) and Europe (12 million tons), while Africa and Oceania generated 2.9 million tons and 0.7 million tons respectively.

Hence, one of the key findings from the E-waste Monitor is that proper e-waste management can help mitigate global warming.

Gold, silver, copper, platinum, and other high-value, recoverable materials conservatively valued at $57 billion — higher than the gross domestic product of most countries – were mostly dumped or burned rather than being collected for treatment and reuse.