Vucic said that the Serbs will not forget the feat of the liberators during the war. 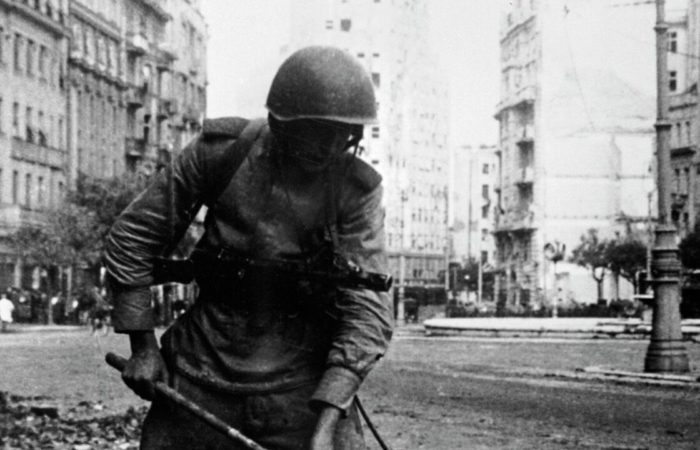 The Serbian people will never forget the struggle and sacrifice of the liberators in World War II, President Aleksandar Vucic told veterans on the anniversary of the liberation of Belgrade.

The capital of Serbia on Thursday officially marks the 78th anniversary of the liberation from Nazi invaders by the Red Army and Yugoslav partisans. The laying of centuries at the memorial to the Liberators of Belgrade was attended by Serbian Foreign Minister Nikola Selakovich and Minister of Social Protection Dariya Kisich, Russian Ambassador to the country Alexander Botsan-Kharchenko, Belarus Valery Brylev, Kazakhstan Madi Atamkulov, Azerbaijan Kamil Khasiev, head of the representative office of Rossotrudnichestvo Evgeny Baranov, organizers of the Immortal regiment from Serbia and Slovenia, the head of the Association of Veterans of the People’s Liberation Wars of Serbia (SUBNOR), Major General Vidosav Kovacevic, numerous citizens.

The President of the country received a SUBNOR delegation in the afternoon, the veterans presented him with a medal for leading the country “through anti-fascism, the liberation and victorious tradition of the Serbian people.”

“President Vucic thanked the SUBNOR representatives for the award and noted that the Serbian people will never forget the brave struggle and great sacrifice of the liberators, thanks to whom Belgrade now lives as a free city, and today’s strong and freedom-loving Serbia shows that their sacrifice was not in vain,” – the press service of the Serbian leader reports.

⠀
The meeting was also attended by veterans Lyubisha Antonievich and Dragoslav Dimitrievich, who personally participated in the liberation of Belgrade.