Vučić: The US has approached the perfect storm by deploying troops in Romania. 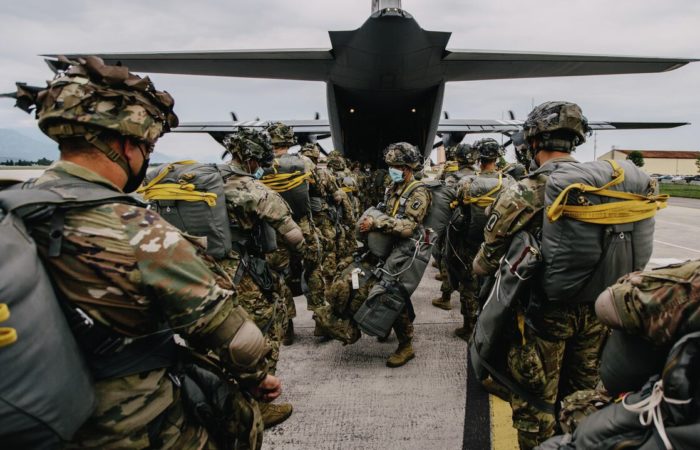 The deployment of the 101st Airborne Division of the US Army near the border with Ukraine in Romania is bringing a sharp aggravation of the situation, which can be called a perfect storm, said Serbian President Aleksandar Vucic.

“We are approaching what I called the perfect storm at the last meeting. <…> Just look at the forces with which Russia is now entering Ukraine. When you see that the Americans sent their absolutely best unit <…>, they brought it to Romania , a few kilometers from the border with Ukraine, then it becomes clear to you what awaits us, whether it will come to a direct clash or not,” the politician said.

⠀
He also stated that the parties hold opposing positions, and no one is going to give in.

“And it’s clear to me how this will develop further and how it will affect our country,” Vučić added.

On the eve it became known that the United States deployed the 101st Airborne Division “Screaming Eagles” in Romania to participate in military exercises. The unit commander declared his readiness, if necessary, to enter the territory of Ukraine, contrary to the assurances of the White House that American military personnel would not take part in hostilities in the country. The division is a light infantry grouping with a total strength of 4.7 thousand soldiers.