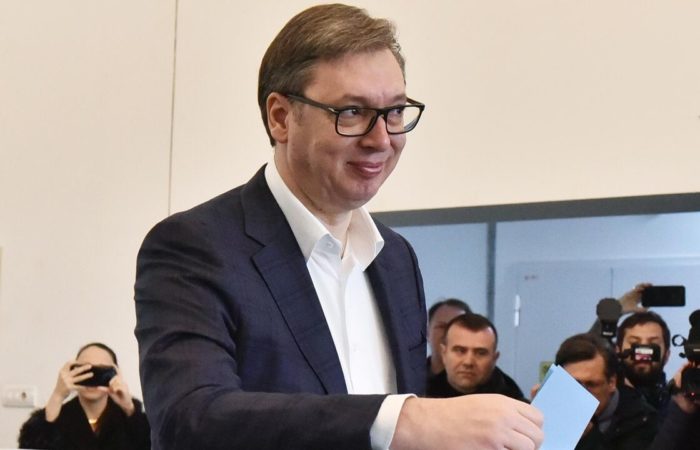 Serbian President Aleksandar Vučić, in a meeting with Kosovo Serb leaders, urged them to show restraint in light of tensions in the province over Pristina’s controversial measures.

The head of EU diplomacy, Josep Borrell, held a new round of high-level talks between Belgrade and Pristina in Brussels on Monday amid the aggravation of the situation in Kosovo. Following the meetings, Serbian President Aleksandar Vučić said that negotiations on postponing the controversial measures of the Kosovo Albanian authorities had not yielded results and that “a difficult period ahead” was expected.

In the evening, the Serbian leader announced that the authorities of the self-proclaimed Republic of Kosovo had sent special forces of the Ministry of Internal Affairs to the north of the region. On Tuesday night, Kosovo Serb political representatives arrived in Belgrade for a meeting with Vučić.

“We asked them to take care of themselves, to be restrained in order to maintain peace and stability, to respond to other people’s rudeness and impudence in the same way as decent people do. We only want to preserve our own and nothing more. I am sure that as a people we will show maturity and preserve our hearths “, the Serbian leader wrote on social media.

⠀
Vučić also posted a video recording of this statement from the office, filmed according to him by the head of the Ministry of Finance, Sinisa Mali, and noted that Prime Minister Ana Brnabic also participated in the conversation. Who exactly was at the meeting from the Kosovo Serbs is not specified.

⠀
The “Prime Minister” of the self-proclaimed Republic of Kosovo, Albin Kurti, has postponed the issuance of fines for license plates issued by the Serbian authorities for another 48 hours, which he announced on social networks on Tuesday night.

⠀
The Kosovo Police announced earlier that from November 1, owners of vehicles in the province with the registration letter PR (Pristina), KM (Kosovska Mitrovica), PZ (Prizren), GL (Gnjilane), UR (Uroševac), PE (Pec), DA or ĐA (Gjakovica) issued by the Serbian authorities, 1740 warnings were issued. They had to re-register them with plates with RKS symbols – “Republic of Kosovo”.