Yaroslav Kotsyuba: “Prime Property Management has never had any relationship nor has worked with the Rotenbergs” 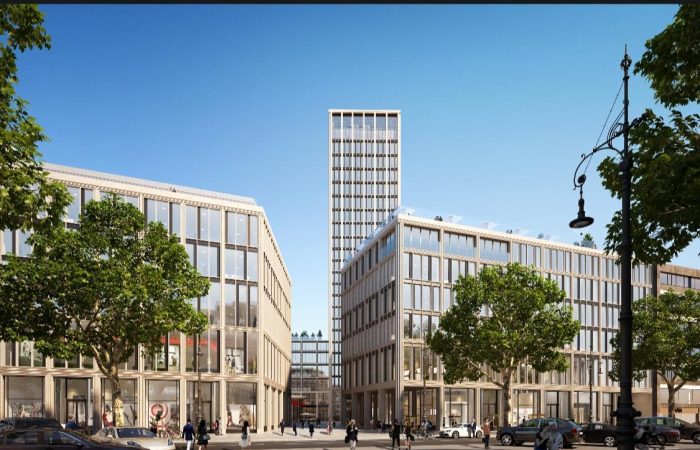 D. Nazarova: Today we are going to talk about commercial real estate and its development in Russia and abroad. We will also talk about properties that your company manages. So, when did Prime Property Management come into existence? What properties are you managing now?

Ya. Kotsyuba: Prime Property Management came into being as a legal entity in 2015. Before that, we worked under another brand – Lenhart Global. In 2015, we decided to register our own company. We registered Prime Property Management and most of the staff moved with me to the new company. Like Lenhart Global Prime Property Management is actually a service company, i.e. company providing services for commercial real estate. We specialize mainly in office real estate, since many of us come from that market, but we deal with other types of commercial real estate too: hotels, multifunctional centers and retail real estate. We currently have several class-A business centers in Moscow, including the Citydel business center, which is on the Garden Ring, on 9, Zemlyanoy Val Street. We manage the Factoria loft development on 27, Vyatskaya Street and various other assets as well.

D. Nazarova: You mentioned that the company used to be called Lenhart Global and was registered in the British Virgin Islands. The company is also often linked with Lenhart Development. What is the relationship between the companies?

Ya. Kotsyuba: Lenhart Global is a brand name. There were several legal entities. One of them was indeed registered in the British Virgin Islands and there was a limited liability company of the same name registered in Moscow. Lenhart Development is a sub-division that we set up in 2011 or 2012 with Vladimir Alekseyevich Popov, a well-known Moscow developer from Luzhkov’s times. Together with him, we had the idea of ​​setting up a company under the name Lenhart Development.

D. Nazarova: A lot gets written in the press about links between Prime Property Management and the Rotenberg brothers. What is the reality?

Ya. Kotsyuba: Complete nonsense, rubbish, it has no basis in reality. Prime Property Management, Lenhart Global and Lenhart Development never had any relationship or worked in the interests of or in partnership with the Rotenbergs or their business structures. It so happens that the name “Rotenberg” arouses special interest among some representatives of the media. Any business project or line of business in any way connected with that name gets sensationalized and you often see unverified information in the media. Unfortunately, this is our situation, and it does not have a very positive effect on our business. We do a lot of work on Western markets for various clients: Russian and European. We had a project in Germany, in Berlin, and German media decided to link it and our company with the Rotenberg name, and staged a full-blown journalistic investigation. Complete rubbish, not a single verified fact, but, nevertheless, even suppositions and accusations have very negative impact on that kind of project. We had to apply to a German court to defend our name and the name of our clients in whose interests we were working, and to prove that the German media had published inaccurate information. And the German court ordered the Berliner Zeitung to remove these articles from its databases, from the Internet, as untrue and as misleading for readers.

D. Nazarova: How did the court ruling and the court case in general affect company business?

Ya. Kotsyuba: The ruling set a precedent for the German market. In Germany, freedom of journalistic opinion is one of the fundamental freedoms. But Germany won’t tolerate manipulation of information by the media. These articles attracted much public attention. Our project wasn’t large-scale for Germany. It wasn’t small, but not massive either, and yet it came up for discussion in the German Parliament –the Bundestag, – no less. German deputies requested a report from the Ministry of Finance. The Deputy Minister of Finance reported to a Bundestag session that financial intelligence, the financial service had checked what we were doing in all our projects and found no justification for the statements that had been made in the media. What is the lesson from this? That even suppositions that seem harmless at first glance can attract major public attention and, of course, can affect business processes. We are grateful to Germany that we managed to get the truth heard, to convey our point of view, and it is important that the media outlet itself also accepted it.

D. Nazarova: In Berlin, we are talking about the Fürst project, a major project for renovation of the Kudamm-Karree building, which you owned, I think, for five years, but then sold. Why did you do that?

Ya. Kotsyuba: We didn’t own it. We, as Prime Property Management, provided a service. The service was comprehensive: from identifying an investment target, to its development and then sale. We were working in the interest of one of our clients who was a co-investor in this project on equality basis with our other German partner. The project is very exciting, it has significance for Berlin. It doesn’t have global importance, but it’s a landmark project for the city. Before we bought it (in 2014, I think) it had been resold several times, but none of the owners had done anything worthwhile with it. In 2014 the National Bank of Ireland was selling the property, which it had obtained as part of a bailout at an Irish bank. And we, together with our partner, took part in the tender. The tender was conducted by an international consulting company with global standing. And we won this tender. It was in 2014, I think, in the middle of the year, in July, and you can well believe that attitudes in Europe at the time towards a Russian investment manager were not as positive as they might be, to put it mildly. But we managed to secure the support of a large German bank, BayernLB. And together with the bank and the German developer, we won the competition and bought the project. That was in 2014. At the time we were busy with project documentation, working on design with a German architect, creating beautiful new architecture, dealing with legal issues, working with tenants who were in arrears, relocating tenants, demolishing old buildings and moving some tenants from one building to another, expecting to implement this project right to the end. But various factors coincided. Firstly, the Berlin market and the German market are now seriously overheated. And because there is no shortage of quality real estate, there has been major growth of demand from owners and developers for construction services. The construction services market wasn’t prepared for this. A lot of the same services have gone up in price by dozens of percent or even by several times from when we entered the project in 2014 until 2019. The rental market can’t grow that fast – there has been quite rapid growth of rent levels, but they can’t keep up, so project costs are growing faster than potential market capitalization. This is one of the risks. The second risk is what I talked about already: our litigation with the German media. The fact that we had to sue a newspaper certainly had an impact on the project. And there were a number of factors that led us, as the investment manager, to advise the owners of the property, our German partner – our second investor – to sell the project in order to avoid losses. And they took that decision and sold it.

D. Nazarova: And the last question, Yaroslav. You have closed some very big commercial deals in Europe, including the Palais an der Oper opposite the Munich Opera House, which is also a major commercial property. What are your immediate plans in Russia and abroad?

Ya. Kotsyuba: Yes, indeed, we were involved in the transaction that you mentioned with the Palais an der Oper, which was a very important project for the German market and one that we are proud of, because it has one of the highest, if not the highest rental rates for the residential segment (there are luxury apartments there). It also has the second-largest LVMH store in Europe. So it is a really interesting and significant project. It is now managed by a German company, which I set up and which provides real estate management services in Germany, including for this project. We are present on the market, we have built expertise here in Moscow, we are an active market participant: in the last 7-8 years, we have acquired a lot of expertise and experience in European markets. The trend now is that even European, British and American investors are interested in our services, because good product is in short supply today. On the one hand, there is a lot of money on the market now, quite a build-up of capital. On the other hand, there is a shortage of product. Therefore, the services of teams that can either create such product or have access to developers and can purchase it are in demand at present. For example, we are currently negotiating actively with a Luxembourg fund regarding investment in residential projects in Germany and Spain: they want to make relatively small deals in the affordable housing segment. That is, a product for purchase by local people – not “high-end”, not housing for the rich, for tourists, etc., but for locals. We are also working closely with a London family office, which is looking for investment targets in Germany. We are trying to expand the horizon of our client base and provide our services not only here, but also for our western clients and partners. As for Moscow, it is one of, if not the main market for us: we have a large team here, more than 150 employees and we are ready to provide services to our customers varying from project search to development, construction, leasing and sale. So a full range of services for everything related to commercial real estate.

D. Nazarova: Thank you very much for the interview, Yaroslav.