After the riots in East Jerusalem, nine people were detained. 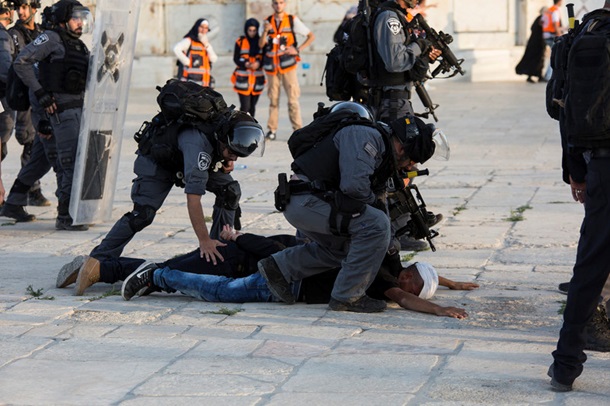 Israeli police detained nine suspected of involvement in the riots in East Jerusalem, two police officers were injured, the press service of the department said.

“Israeli police detained nine more suspects during the night, involved in the violent riots that took place last night in East Jerusalem. Over the past day, the police detained 23 suspected of disturbing public order and riots,” the report says.

⠀
In the evening, violent riots began in a number of Arab quarters of Jerusalem and small settlements around the city. Molotov cocktails and stones were thrown at the police and passing civilian cars, fireworks were set off; the rioters also burned garbage cans and tires.

During the riots, two police officers were slightly injured and were evacuated for medical attention. The riots in East Jerusalem continued throughout the night, they were dispersed closer to the morning, the press service reports.

Police say the riots also caused damage to property and infrastructure, including a Molotov cocktail thrown at police officers that set a house on fire.