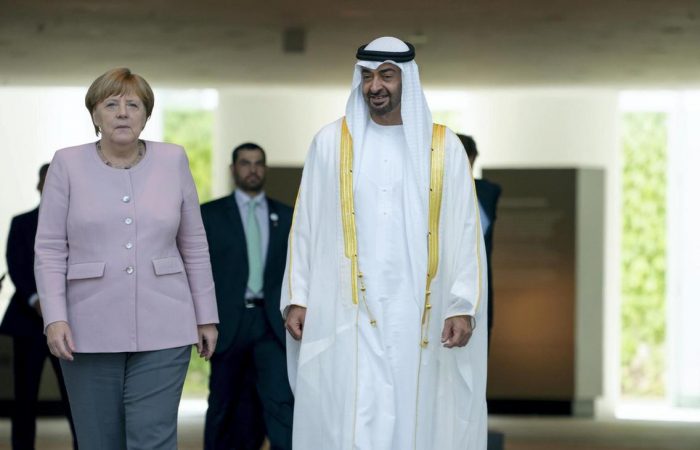 Sheikh Mohammed who is also a Deputy Supreme Commander of the Armed Forces stressed the importance of partnership in preventing terrorism.

During a phone call, Merkel and bin Zayed have reaffirmed their commitment to combatting extremism in all its form. Both leaders also discussed the different ways dialogue can be had between different confessions to foster tolerance and peaceful coexistence in the modern multicultural world.

German Chancellor and UAE’s Sheikh decided to advance interfaith dialogue at both a regional and global level, Sheikh Mohamed added on Twitter.

Commenting on the recent tragedy in Vienna, Angela Merkel declared terrorism as Europe’s “common enemy”. At least four people were killed in the Austrian capital after an ISIS terrorist, wearing a fake suicide vest, opened fire on Monday night. One attacker was shot to death by the police, while at least one of his associates was still at large.

The most bitter news comes after three people were murdered in a stabbing rampage at a cathedral in Nice on Thursday.

Condemning the shootings in Vienna, Ms Merkel said Germany stood with Austria in its fight against terrorism.

“Islamist terror is our common enemy. The fight against these assassins and those who instigate them is our common struggle,” her spokesman said.

During Tuesday phone call, Sheikh Mohamed and Ms Merkel also discussed the trade perspectives between UAE and Germany’s. The leaders committed to strengthening bilateral ties. Over the decades, Germany is the UAE’s fourth-largest trading partner after India, China and the USA. It had a total trade volume of $13.3 billion in 2018.

Additionally, the UAE is among Germany’s main oil suppliers with Adnoc involved in a joint venture with the German Linde Group.

The UAE’s relationship with Germany has long been shaped by strong economic links but widening diplomatic and cultural ties came to the fore last year when they agreed to establish a strategic partnership, during Sheikh Mohamed’s visit to the European country.