Australia declares war on feral cats in attempt to save wildlife 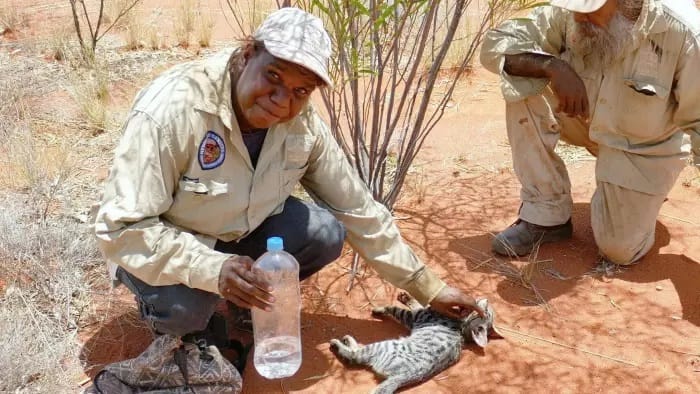 Australia is known as a country of endemics, it has the highest extinction rate in the world but some species are harmful to the rest of the wildlife, FT reported.

The creatures such as cats, foxes and rabbits going feral and killing native species across the vast continent, say the Australian zoologists. That is why the conservation agency has constructed a special cat-proof fence in central Australia to save native wildlife and vegetation ravaged by the feline predators.

According to the wildlife experts, the world’s most deadly animals shouldn’t die because of the predators like feral cats or foxes. Nature also needs some help, so, the 44-km structure is situated in Australia’s “red centre” near Alice Springs becomes a global centre for extinctions since European settlement began in 1788.

The second phase of cat-proof fencing will stretch a further 140km, protecting an area of over 70,000 hectares.

AWC experts about the strategy to keep predators in borders

The Australian Wildlife Conservancy (AWC) head confirmed that country does not have an effective strategy for controlling cats.

«The only way we can save Australia’s most endangered animals is by establishing these massive feral cat-free areas using conservation fencing,»

Attius Fleming said and explained the advantages of the 44km fence are obvious. As part of the project funded by public and government donations, feral animals were being removed from the area, with threatened native mammals to be reintroduced next year.

In Australia, conservation groups and the government have stepped up efforts to tackle foreign predators, but so far they have enjoyed only limited success. The AWC, which was founded by the late Martin Copley, a British-born businessman who made a fortune in insurance, is seeking to establish a network of cat-free reserves across Australia to enable the re-establishment of native species. The second phase of cat-proof fencing is coming soon.