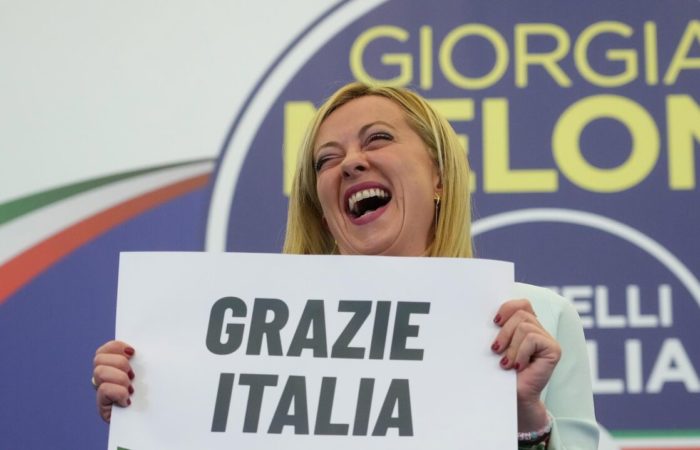 Italy’s center-right coalition has won early parliamentary elections and is getting enough votes to form a parliamentary majority, according to data from the country’s Interior Ministry.

The absolute majority of ballots have been counted: more than 80 percent of those cast in the elections to the Senate and over 70 percent to the Chamber of Deputies. This data allows us to say with confidence that the coalition of centre-right forces, uniting the parties “Brothers of Italy”, “League”, “Forward Italy” and “We Moderates” got more than 44 percent of the vote. At the same time, the right-wing Brothers of Italy party, led by George Meloni (more than 26 percent), becomes the country’s leading political force for the first time.

According to local observers, counting the remaining ballots cannot change the situation.

Commenting on the results of the elections, Meloni said that the Italians “gave a clear indication of a centre-right government led by the Brothers of Italy“.

“Italy has chosen us, and we will not betray her,” the politician said.

⠀
The results of the elections speak not only of a major victory for the Meloni party, which managed to get only four percent in the 2018 elections, but also of a fall in the popularity of its allies. Matteo Salvini’s League party earned 8.9 percent of the vote, while Silvio Berlusconi’s Forward Italia earned about eight percent. Both of these parties have lost significantly in popularity compared to the previous vote.