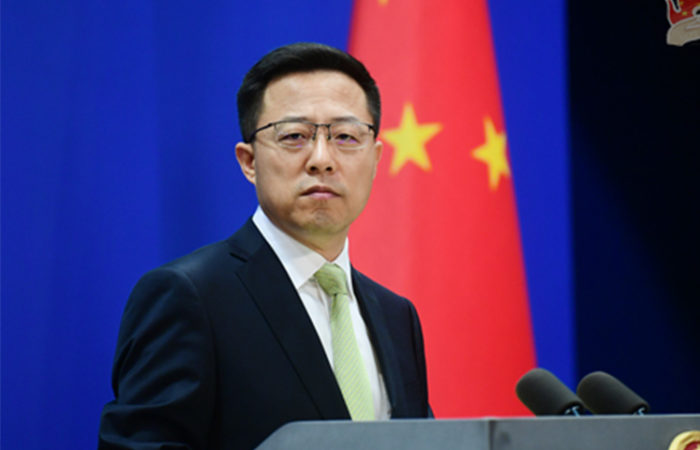 The United States is the most warlike country in world history and has become the biggest threat to peace and development on the planet, Chinese Foreign Ministry spokesman Zhao Lijian said at a briefing on Thursday.

Earlier, the head of the FBI, Christopher Wray, and the head of the British counterintelligence service MI5, Ken McCallum, said that China poses an increasing threat in the field of industrial espionage.

“The facts have fully proven that the United States is the biggest threat to world peace and development. We urge the relevant US intelligence official to correct his mentality, treat China’s development objectively and rationally, and stop spreading rumors and making irresponsible statements,” said the diplomat.

He added that relevant US politicians constantly exaggerate the “Chinese threat”, slander and attack China, and statements by US intelligence officials are full of ideological prejudice and deep-rooted Cold War and zero-sum mentality.

“The United States recently celebrated the 246th Independence Day, if you look back over the past more than 240 years, of which the United States has not been at war for only 16 years, this is definitely the most warlike country in world history,” he said.

⠀
Regarding the speech of the British side, Zhao Lijian stressed that the British MI5 and MI6 deliberately release fear-mongering reports, projecting their own dishonorable behavior on China, “their goal is to inflate the Chinese threat theory and provoke confrontation.”

“We have repeatedly reiterated that the purpose of China’s development is to enable the Chinese people to live a happy and prosperous life, it is not directed against anyone, and even less intended to replace someone,” he said.

⠀
He advised the head of MI5 to “get rid of your demons and get out of the dark room to see the sunlight, don’t always stick to the zero-sum mindset and make so-called imaginary enemies pointless.”