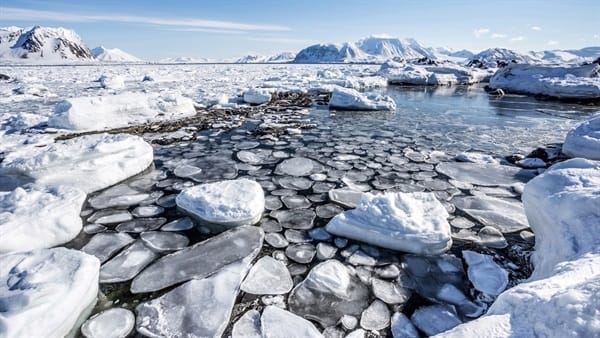 An Arctic weather in early 2018 stuns the scientists, the Cape Morris Jesup meteorological site at the northern extreme of Greenland has seen a record-breaking 61 hours of temperatures above freezing so far.

The drastic change of Arctic temperatures was linked by the climatologists to a rare retreat of sea ice in the Arctic winter darkness. The relative heat wave has resulted in the warmest February on record since 1958, with temperatures reaching up to 1.7 C to 4.4 C. What has astounded scientists is that no sunlight reaches the ground during this month.

“It’s never been this extreme,”

said Ruth Mottram, a climate scientist at the Danish Meteorological Institute. Overall, temperatures in the whole region were above zero C on nine separate days during the month, which has never happened before.

Sea ice usually expands during this time period until at least mid-March, but measurements show that ice in the Bering Sea and just north of Greenland has actually decreased.  In Greenland, monitoring stations registered unprecedented warmth at the top of the world’s largest island.

The climatologists find the drastic Arctic warm as  “wacky” weather, the question is whether this weather will happen more often.

‘This is just one event so it’s hard to make a causal relationship,’