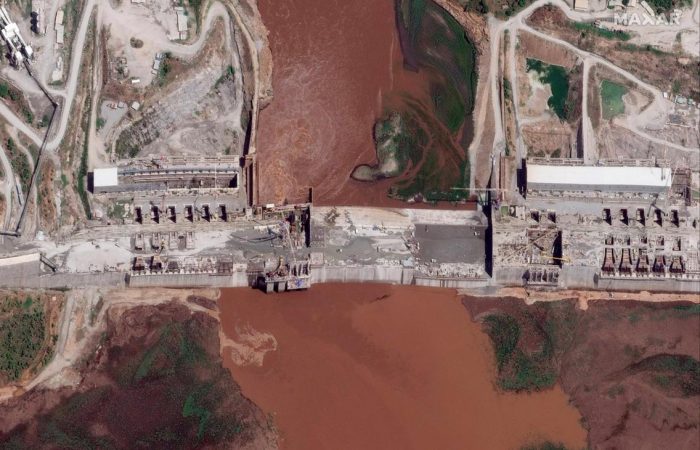 While Ethiopia and Egypt blaming each other for their failure in a fast escalating war of words, Sudan tries to resume the negotiation process collapsed last month. The Nile dam deal should be closed as soon as possible, said the representatives of the United States, the European Union, the African Union. They would sit on the committee meetings, also to be held on videoconference.

Egypt, Ethiopia and Sudan have agreed to resume negotiations over the operation and filling of a massive Nile dam being built by Addis Ababa following a videoconference summit that brought together the leaders of the three nations under the auspices of the African Union.

Negotiators were given two weeks to reach a legally binding agreement that resolves all outstanding issues, like how to handle sustained drought and settle future disputes, according to The National.

The latest round of negotiations ended when Ethiopia and Egypt have escalated the war of words. While Cairo fears the GERD would reduce its vital share of the river’s waters, Ethiopia did not want a legally binding deal. In addition, Addis Ababa rejected a binding process to settle future disputes or agree to effective measures to deal with future spells of drought.

For its part, Ethiopia said Egypt was clinging to outdated, colonial-era deals that gave it the lion’s share of the Nile’s water without heed or care for the interests of the other 10 river basin countries.

Addressing the summit’s participants, Egyptian President Abdel Fattah el-Sisi said the dam “has become a matter that worries every Egyptian and causes them a great deal of concern … The fears of Egyptians have become greater when the talks made no progress.”

The decision to resume the negotiations came late on Friday during a lengthy videoconference summit meeting of the leaders of Egypt, Ethiopia and Sudan. The meeting was sponsored by the president of South Africa and current chairman of the African union, Cyril Ramaphosa. The leaders of Kenya, Mali and the Democratic Republic of Congo were also in attendance.

The meeting decided to form a joint committee bringing together technical and legal experts from Egypt, Ethiopia and Sudan to produce a legally binding agreement within two weeks. Ethiopia has also agreed not to go ahead and start filling the dam next month, according to Mr El Sisi’s press spokesman. If true, that would be a significant concession would defuse heightened tension over the $4.5 billion dam.

A UN Security Council meeting to discuss the dispute would go ahead as scheduled on Monday, according to Egyptian Foreign Minister Sameh Shoukry. Meantime, both Ethiopia and Sudan have separately confirmed that a deal was reached to resume the negotiations, for which no date has yet been set.

Egypt, the most populous Arab nation with 100 million people, depends on the Nile for more than 90 per cent of its water needs. Mr el-Sisi has said his country’s share of the Nile waters was an existential issue.