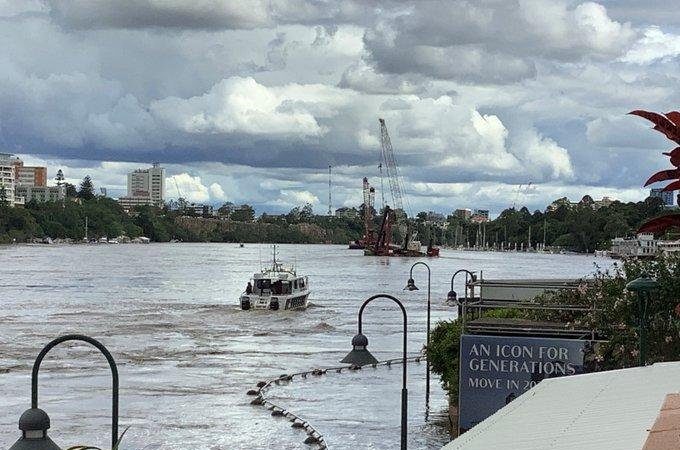 Over the weekend, the eastern part of Australia faced heavy rain that saw the area around Brisbane. According to the Bureau of Meteorology, 15.7 inches of rain fell on Sunday alone, prompting nearly two dozen flood warnings for the state of Queensland. On Monday, though the river has now eased, it could reach 10 feet again during the night.

The amount of rain and flooding is the most severe since 2011 when such weather impacted 75% of the state, causing about $2.38 billion in damages and 33 people losing their lives, according to the government. Some 51,000 customers were without electricity.

“I think everyone would agree, no one has seen this amount of rain in such a short period of time over our entire southeast catchment zone,” said Queensland premier Annastacia Palaszczuk.

The rescue teams are searching for a number of people who went missing in the floodwaters. Overnight, Queensland authorities received some 2,200 requests for assistance from the State Emergency Service and performed 113 water rescues with more ongoing.

The Queensland government warns that flooding is a really big event and the event is not over. Police on Monday also warned the public in the Howard Smith Wharves and Riverside walkway area to evacuate after a pontoon carrying a construction crane broke free of its mooring and was travelling down the Brisbane river.