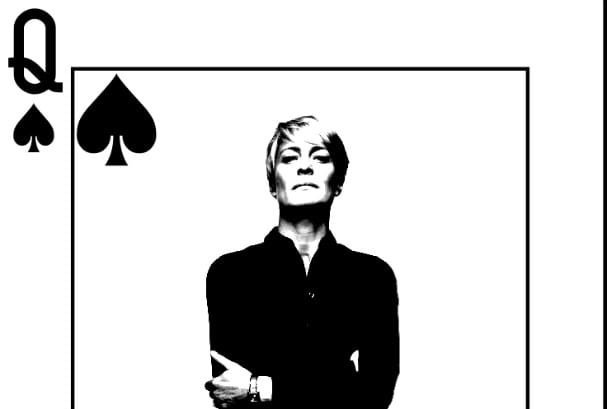 The sixth season of “House of Cards” is expected in the fall, meanwhile, Netflix’s political thriller welcomes in the new queen. Claire Underwood takes the Office, and the teaser hails a powerful new chief.

The world famous House of Cards welcomes a new era, the fifth season ended with Claire Underwood taking power in the Oval Office. The teaser for the sixth season hints that the Madame President is not the worst idea. By the end of season 5, Claire’s husband has resigned, leading the way for vice-president to become the top position. In the last scene, Claire breaks the fourth wall to say, “My turn.”

The October turmoil and the sex scandla with Kevin Spacey made Netflix bosses to revise the sixth seasons concept. Actually, it’s the first teaser we’ve seen since Netflix figured out how to move the series forward following the firing of its lead actor Spacey.

Netflix’s investigation in November followed a report from Buzzfeed in late October, which detailed accusations of Spacey sexually harassing actor Anthony Rapp when Rapp was 14. Kevin addressed the accusation on Twitter, apologizing for the act but saying he didn’t remember it.

Meantime, Netflix confirmed that it was looking into a way to carry on the series without Spacey’s character attached. Filming on the season began earlier this year. There’s no release date at this time, probably, we will welcome it in autumn.