In Bulgaria, the first multi-purpose patrol ship of the MMVP type has started it’s construction 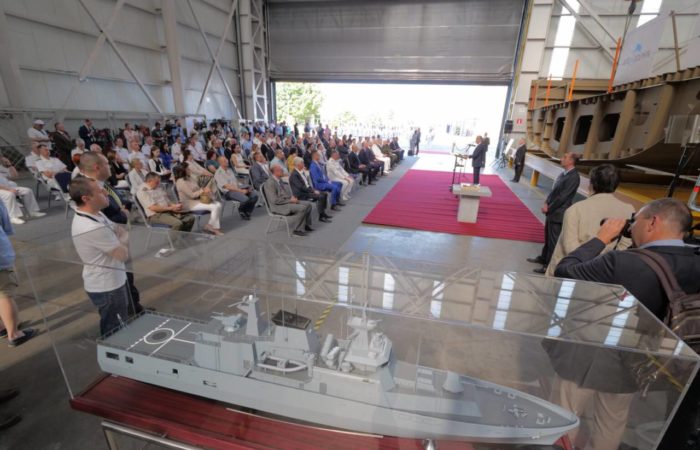 Bulgaria has started construction of the first MMPV-type multi-purpose patrol ship, the keel-laying ceremony was held at the MTG Dolphin shipyard in Varna. This was reported by the press service of the company.

In total, the Bulgarian Navy will receive two new multipurpose patrol ships. Pre-transmission of the first is scheduled for the third quarter of 2025, the second a year later. The first ship was named “Brave”, there is no data on the second yet.

The laying of the first ship of the series was announced in December last year, but then only the cutting of steel took place, it was officially laid down only now. Construction will be carried out by the Bulgarian shipyard MTG Dolphin in Varna, but under the strict guidance of the German shipbuilding company NVL Group, formerly known as Lürssen Defense. The contract for the construction of two patrol ships was signed in 2020, although they started talking about it back in 2017.

The displacement of the new patrol ships will be about 2300 tons, the length of the hull will be 90 meters. The main armament is four anti-ship missiles, a 76 mm gun, eight SAMs in vertical launch cells, one 35 mm close combat weapon station and light torpedoes. The CICS is planned to be installed in Sweden, manufactured by Saab. The ship can carry one AS565 Panther type helicopter. It is assumed that the armament of the ship will make it possible to counter air, surface and underwater threats.