In Chisinau, demonstrators accused the country’s authorities of persecuting the opposition. 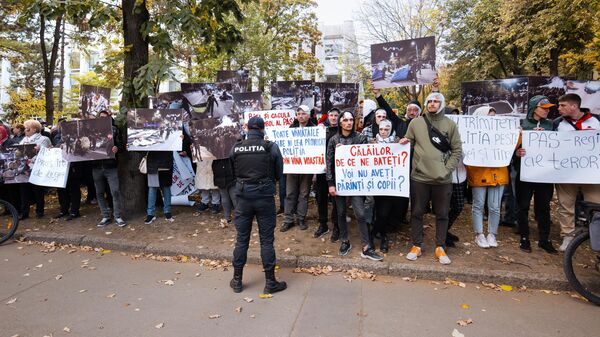 Supporters of the Shor party are protesting in front of the Prosecutor General’s Office in Chisinau, accusing the authorities of persecuting the opposition.

On Thursday, the head of the department, Veronika Dragalin, announced that 55 searches had been carried out in the representative offices of the opposition party.

Law enforcement agencies accuse the detainees of financing protests of the Shor political party. As Dragalin noted, during the searches, a total of about 3.5 million lei (about 180.5 thousand dollars) were seized.

According to the anti-government prosecutor’s office, 24 representatives of the Shor party were detained.

“People are protesting against rising prices. And at one fine moment, good fellows come, throw people out of tents, arrest members of the opposition. Shame on this government,” Valery Klymenko, honorary chairman of this party, said at the rally.

The action, which brought together several hundred people, is peaceful. Demonstrators hold banners calling for the resignation of President Maia Sandu and Prime Minister Natalia Gavrilitsa. The picketers also demand to hold early parliamentary elections in the country.

⠀
Earlier on Thursday, the leader of the political force, Ilan Shor, said on social networks that employees of the National Anti-Corruption Center and the Information and Security Service were conducting searches of members and activists of the party. The politician believes that such actions of the authorities are driven by the desire to prevent people from going to anti-government demonstrations.