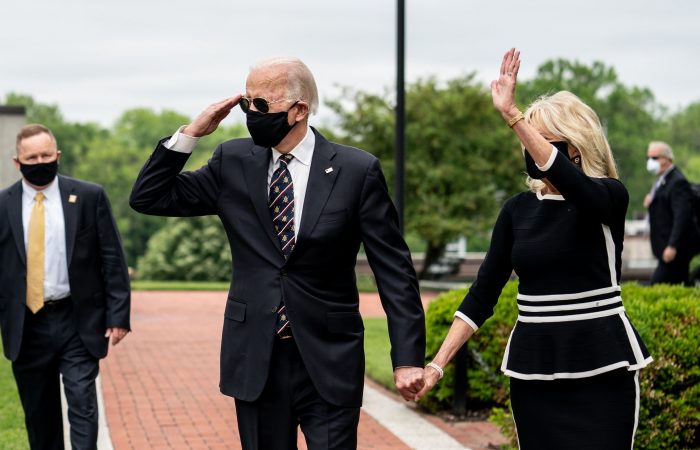 Joe Biden confessed during a virtual town hall Thursday that the US is an overwhelmingly “decent” nation. However, the candidate for the president believes that there is 10 to 15 percent of them are “just not very good people”.

Joe Biden, a Democrat, accuses President Trump of dividing the United States. He said that when a leader does that “you’re going to get the worst of us to come out,” meaning George Floyd’s tragedy.

Biden said he ‘loves people,’ however, there is some Americans who get things wrong.

“There are probably anywhere from 10 to 15 percent of the people out there, they’re just not very good people,” Biden said and added that «is not who we are» because the vast majority of Americans are decent citizens and people.

Biden also appealed to unite people, bring them together, saying that is the only way to remain a nation under the current situation.

Commenting on the protests across the country, Biden acknowledged that there are privileges and he enjoys as a white man in America.

“I’m a white man. I think I understand, but I can’t feel it. I mean I feel it, but I don’t know what it’s like to be a black man walking down the street and be accosted,” he said.

Biden also said people may be right to say he has not done enough to solve issues. According to the former VP, the hate didn’t begin with Donald Trump, but it’s not gonna end with him. «The history of our country is not a fairy tale,” Biden said.

In his efforts to unite the nation, Biden reminded that the Americans are in a battle for the soul of this nation that has been a constant push and pulls for over 200 years. «I call every American to ask themselves, ask them the following– is this who we are, what we’re seeing now? Is this we want to be? Is this what we will pass on to our kids and our grandkids?” he set the rhetoric question.