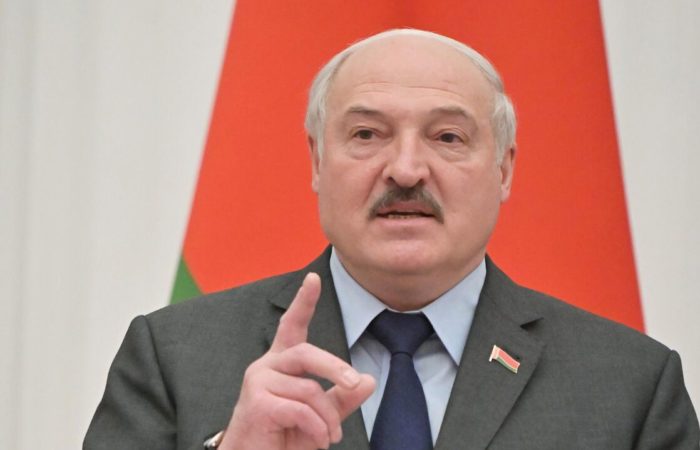 President of Belarus Alexander Lukashenko said that the leadership of Ukraine must stop and take steps to end the conflict if it does not want the death of people in huge numbers and the destruction of the country.

“Everything is in the hands of Ukraine. Not because I want to push this topic to Zelensky and Ukraine. Indeed, everything is now in the hands of Ukraine. If they don’t want people to die, moreover, in huge numbers … It’s hard, it’s hard, but you have to stop, you have to stop it, because further there will be a complete destruction of Ukraine … This is not something that will threaten the loss of statehood, this will be the destruction of Ukraine,” Lukashenko said on the sidelines of the CSTO summit in Yerevan.

The Belarusian president noted that over time, conflicts between countries are forgotten, and he cited the example of the Second World War. “We fought with fascist Germany, 30 million died. Who remembers this today? In Belarus and Russia a little bit. That is, the wounds have healed. We are ready not just to talk, but to cooperate, to be friends,” Lukashenko said.

In his opinion, the same will happen with relations with the Ukrainians. At the same time, Lukashenko believes that relations can be restored as soon as possible. “So it is here. We will manage. We will make amends for all this. We will probably be able to explain to the Ukrainian people even now what happened,” he said.

⠀
The Belarusian president stressed that peace talks are needed. “Wherever you throw it, peace talks are everywhere. Peace and once again peace,” he stated. Lukashenko added that the topic of events in Ukraine was briefly touched upon at the CSTO summit held the day before, but this was not the main topic of the meeting of the leaders of the organization’s member states.