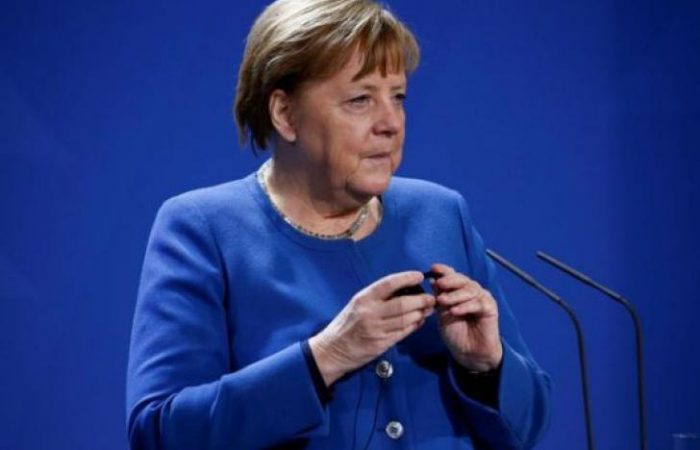 Following the United Nations announced that its chief Antonio Guterres had appointed US diplomat Stephanie Williams as acting Special Representative and Head of the UN mission in Libya, the German chancellor made her move. Angela Merkel urged the Libyan prime minister Fayez al-Sarraj to sign a ceasefire agreement without delay.

On Thursday, the head of Government National Accord (GNA) Sarraj received a phone call from the German Chancellor. Merkel’s phone call came days after Khalifa Haftar, military commander of the Libyan National Army (LNA), visited Merkel for talks in Berlin.

As Sarraj’s press office reported, the top officials have discussed the current political and military situation in war-torn Libya. Angela Merkel also urged the Libyan leader to sign a ceasefire agreement as quickly as possible.

Insisting on such a move, the chancellor underlined, as she did on Tuesday in her conversation with Genl Haftar, the importance of signing the deal that is able to stop the violence. Moreover, the agreement was recently approved in Geneva by representatives of the conflict parties.

Meanwhile, the UN SG demonstrates vocal support to the Libyan peace process. Stephanie Williams was appointed as acting Special Representative and Head of the UN mission in Libya, thus, she has “more than 24 years of experience in government and international affairs, has served in UNSMIL as Deputy Special Representative since 2018.”

Who is the new chief of the UN mission in Libya?

Stephanie Williams holds a master’s degree in Arab studies from Georgetown University’s Center for Contemporary Arab Studies. She is also a Distinguished Graduate of the National War College, where she earned a master’s degree in national security studies in 2008. She is a career Middle East specialist and Arabic speaker, according to the statement.

“Before that appointment, she served as Chargée d’Affaires, a.i. at the Embassy of the United States in Tripoli (Libya External Office). She has also held various other diplomatic positions, including Deputy Chief of Mission at the United States missions in Iraq (2016-2017), Jordan (2013-2015) and Bahrain (2010-2013), where she led the Embassy as Chargée d’Affaires for 10 months,” the UN statement explained.

It added that Williams also served as a senior adviser on Syria and at her country’s embassies in the United Arab Emirates, Kuwait, and Pakistan. The US diplomat will succeed Ghassan Salame, who announced his resignation earlier this month for health reasons after he served as head of the UNMIL for two and a half years.