Minsk believe that Lithuania is planting illegal immigrants to both Belarus and Poland. 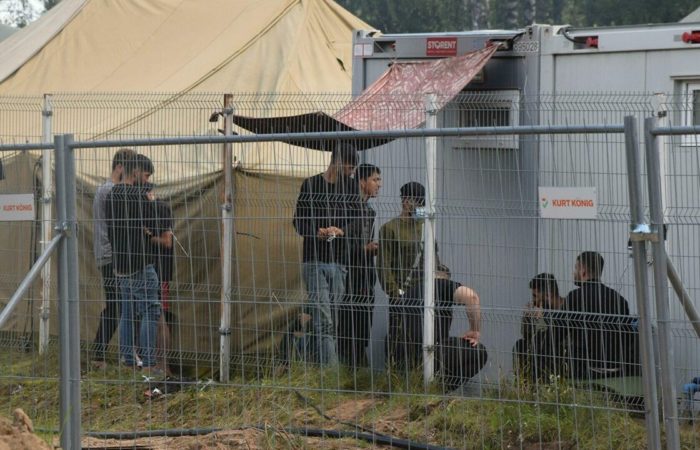 The Belarusian State Border Committee believes that Lithuania can throw illegal migrants not only to Belarus, but also to Poland.

⠀
“According to the statistics, Lithuania sends refugees to the border with Poland or tries to throw people alive or dead to the border with Belarus. Such actions can be regarded as a hybrid attack on Poland and Belarus by the Lithuanian authorities,” the Belarusian ministry’s Telegram channel says.

The report cites information from the Polish side that in 2022, 2.5 times more migrant carriers were detained at the Polish-Lithuanian border than in the past.

“In less than 11 months on the border with Lithuania, the Polish Border Guard detained 137 so-called couriers, in the whole of 2021 – 52 people. These statistics indicate a popular route of illegal migration from Lithuania to the EU countries,” the report says.

It is noted that, in fact, “Polish border guards are complaining about Lithuanian colleagues who give them refugees.”

At the same time, the Lithuanian State Border Guard Service states that a little more than 300 refugees remained in the country’s territory in the camps for the placement of foreigners, another 2,600 were released with the right to free movement. In fact, this means that Lithuania purposefully released foreigners in order not to keep them on own territory, and does not prevent their further departure to other EU countries.

⠀
It is emphasized that “despite the statements about the empty centers for temporary accommodation of refugees, the Lithuanian side almost daily reports the detention of foreigners on its territory, without disclosing information about where they are sent to carry out the necessary procedures.”
Lithuania, Latvia and Poland in 2021 reported an increase in the number of detained illegal migrants from the countries of the Middle East and Africa on the border with Belarus, accused Minsk of creating a migration crisis, the Belarusian side categorically denied this. The border guards of Belarus have repeatedly announced the forcible expulsion of migrants by Lithuania, Poland and Latvia to Belarusian territory.