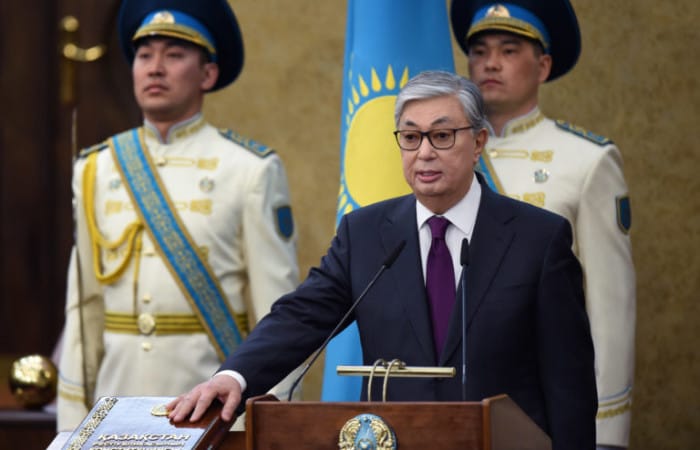 Kazakhstan got a new president, Mr Tokayev who had been serving as the Senate Speaker has sworn in. The surprising resignation of Nursultan Nazarbayev brought a lot of changes in the Kazakh politics.

In his first speech, the new national leader of Kazakhstan said he was a long-time ally of Nursultan Nazarbayev who devoted his life to a noble service for the well-being of our people.  Mr Tokayev praised his predecessor for his wise decision, which was dictated by considerations of the highest order. For the whole Central Asian region, the resignation of veteran diplomate Nazarbayev became a surprise.

During his presidency, Mr Nazarbayev succeeded in building a globally recognised state and implementing reforms in all spheres of societal development, said Tokayev and added that first Kazakhstan’s president has managed to transform Kazakhstan into a modern, advanced state among the 50 most competitive countries in the world.

As a step towards recognising Nazarbayev’s name, Tokayev proposed to rename the capital city from Astana to Nursultan; erect a monument to the First President in Astana and rename the central streets in all the cities of the country after Nazarbayev. The new president thanked Nazarbayev for entrusting him with the important role in challenging times of world development.

“Aware of the scope of responsibility of the new mission, I will put my knowledge and experience to ensure the continuity of the strategic course of the First President,” Tokayev said and added that the common goal for Kazakhstan’s people will be to preserve and strengthen the independence of their state.