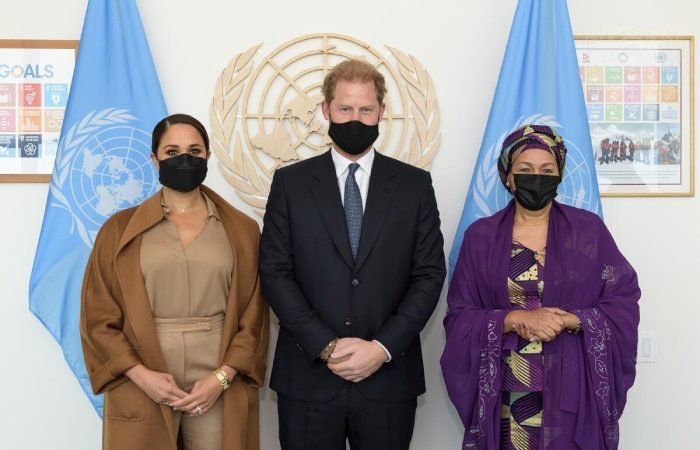 Prior to starting the 193-member world body’s annual gathering of the world leaders, the Duke and Duchess of Sussex met with the deputy of the UN.  The couple quit their royal duties last year to build an independent life and moved from Britain to California, where they live with their two children – two-year-old Archie and Lilibet, who was born in June.

World leaders returned to the United Nations over the past week with a focus on boosting efforts to fight both climate change and COVID-19. Last year leaders sent video statements instead of gathering in New York amid the corona pandemic.

The former royal couple also attended the Global Citizen Live concert in Central Park later on Saturday. The event aims to push for greater action to combat climate change and urge rich countries to share one billion doses of COVID-19 vaccines with nations most in need.

Last week, the Sussexes graced the cover of Time magazine’s annual 100 most influential people in the world issue.

Meghan brought Harry to Melba’s restaurant after visiting a school in the area, where the 37-year-old royal having his first taste of the beloved soul food dish chicken and waffles.